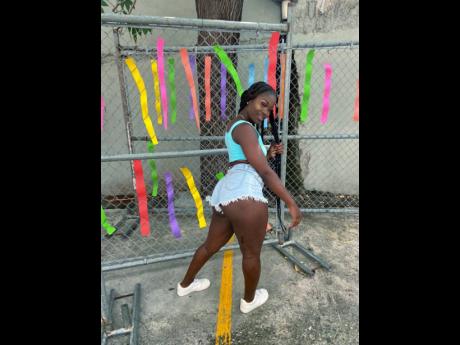 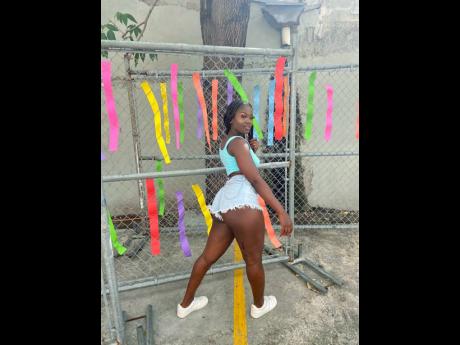 Wining Machine says she is spellbound by the magic of movement.
1
2

For as long as she can remember, Amanda Ricketts has been a lover of dance. In fact, the 21-year-old is so enthralled by movement that her stage name, Wining Machine, represents the art form.

She told Dancers' Paradise that the name was given to her from as early as grade three. She was usually so swept up in the rhythm of the dancehall beat, that even at that age, she found it hard not to move.

"I can remember starting dancing from a tender age, from a toddler coming up. Me classmate dem gimme di name from grade three because break time mi a 'wine up'. We form ring game and mi dance," she said. "I remember the Digicel truck passing on the road with the Rising Stars at that time and mi used to run out and a dance as a little girl."

For Wining Machine, those moments when her body is in motion are the times she feels the most invincible. When she is on the dancefloor, fear has to take a back seat to all other 'happy' emotions as she transcends to a place where she feels the most fulfilled.

I am always excited

"At no given time mi ever get nervous when me a dance. As long as I am dancing, I am always excited. The way mi love it, mi dance to all breeze, nuh music nuh affi a play," she laughed. "But once me hear music, is like mi deh pan a different level, my body just affi move. Dance is me. I am dance."

Still, while she is following her passion as a dancehall dancer, Wining Machine says her chosen career path has brought negative commentary. She said she is often bombarded with questions as to why she chose dancing. Some of those questions came from her own parents whom she revealed did not support her career choice 100 per cent.

"Growing up, mi get the support from mi parents yes, but not 100 per cent. Most times mi deh an event and they would say dance because I was entertaining them, but they didn't think that I would come out of school dancing because I was very educated," she shared. "But when dem see say dem couldn't stop me from being a dancer dem did affi OK with it." She added that as a headstrong individual, negativity does not faze her much.

"I am the type of girl weh nuh make a thing bother mi. Any bad thing dem have fi say 'bout me, I just use it as a stepping stone and motivate mi self," she said. "I know I have big dreams so I keep focused on that. I want to be a dance teacher, a choreographer. I want to have my own studio, my own dance group. I keep those goals in mind because I know I can achieve them."

She has already worked up an impressive resume for herself as a dancehall dancer. At her age she has starred in several music videos for some of Jamaica's most noted acts including Popcaan, Vybz Kartel, Skillibeng, QQ and Rytikal. Having worked to establish herself in a sea of dancers, Wining Machine says at this point, there is only one direction for her to move and that is up.