JDart hopes to connect with Jamaica 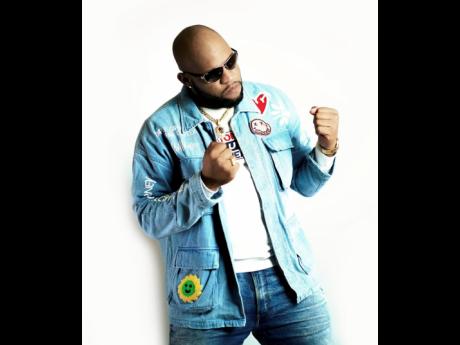 Like many others, up-and-coming dancehall artiste JDart started off singing in the Church and on school choirs.

He used to perform at different community events in his native St Ann, where he was constantly encouraged to pursue music as a professional career.

But it wasn't until a 2011 trip to Japan that he gave it serious thought and laid down his first track in the studio. Today he is looking to spread his musical wings.

"Music has been in my blood since birth and for years I've avoided doing music as a profession but as people say 'time is master' and I just couldn't shy away from it anymore. I am in Japan doing what I love and honestly, it's the most rewarding feeling," he shared. "So far in Japan, I have found that the music industry here just loves Jamaican music. You are well appreciated as an artiste, especially when you're doing music in both languages. Still, I want to be able to connect with my home."

I need their acceptance

"Jamaica is my home and I need their acceptance as an artiste," he continued. "My mom always used to say 'dance a yaad before yuh dance abroad' and I want to be able to do that."

JDart, whose given name is Craig Anthony Scott, says he is hoping his latest single, Chappa, will be the key that opens the doors to the home base. While 'chappa' is associated with scamming, JDart points out that there are legitimate ways to 'chap' and encourages youths to make wise investments.

"I am pleased with how people have responded to the song, especially in Jamaica. I am hoping that as the time passes, more people will hear and live it because I think it has serious hit potential," he said.

JDart says that having been brought up in the era of dancehall stalwarts like Beenie Man, Bounty Killer and others, he knows what it will take to get him to the top.

"Nothing good comes easy. I want to sell platinum records and be known worldwide and so I will fight for that. It doesn't matter to me when the challenges come. I will take them a day at a time because in everything you do persistence is the key and I am a fighter," he said.