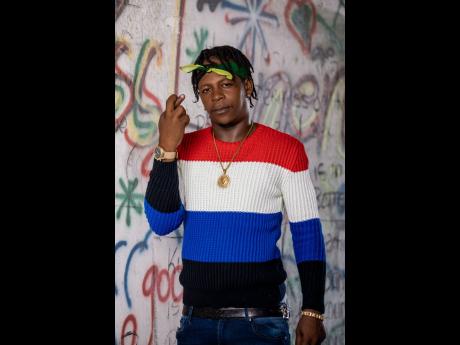 "I've known and been around Charly Black now for about six years now. I was in the crew and normally go stage shows with him, but I never show up my talent in certain ways," he shared. "But if yuh nuh take your moment sometimes, opportunities will pass yuh by and on March 5th last year, I took my shot. We went to a stage show and he gave me the mic and he loved the way I performed. He told me to keep in touch and from there we started working together." Shakka Dax said that since then, he has learned much from the internationally renowned artiste.

"I can't tell you how happy I am. I can't stop smiling even up to today, because it's just been a great experience working wid him. He has been very supportive, like a father to a son," he said. "A nuff him teach mi already about the business and that alone change me life."

He added, "I have what it takes to live up to the expectations of an international artiste like Charly. I won't disappoint him. Once my 'dad' goes international, I have to go international and I will get there through hard work and creativity. The sky is the limit for me now because a we name Team Unstoppable."

Shakka Dax, who has released five singles since the start of the year, is looking to release another track, titled Oven, produced by the renowned Arif Cooper.

Charly Black said Shakka Dax reminds him of a former member of Team Unstoppable who was gunned down in 2019.