Deejay shot day after his single was released 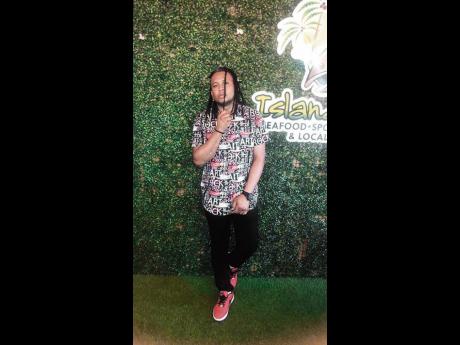 The producers for dancehall deejay Cartadon's latest single are marvelling at the coincidence which saw a particular song being released exactly one day before the artiste was shot.

The up-and-coming deejay was critically injured in a drive-by shooting on Jarret Lane in the Mountain View community of Kingston last Saturday.

The song, which was released the day before, is titled Protected; the production outfit is named Long Life Music. Producer Tevorn Campbell, who has been working with Cartadon since January, told THE WEEKEND STAR that he was still shaken by the incident.

Campbell said he was on his way to the studio last Saturday when Cartadon phoned him all excited with the good news that the just-released single "was mashing up the place". Fifteen minutes later, he got another call; this time it was bad news.

"One of the girls who harmonise on the track called me crying and said, 'Busy, Cartadon dead'. Mi seh, 'Wah yuh seh!' I couldn't believe it," Campbell recalled.

"I had just reached the studio when mi get the news and I went inside and told them. The whole place start cry. We were supposed to go out that night and all a we just pack up and go home. It look like Cartadon was feeling that negative energy why him do the song," Campbell said.

It wasn't until Sunday morning that he heard from Cartadon's sister that although the young deejay had appeared lifeless at the scene, he was alive.

"As Cartadon say in the song, him really protected by the Most High. This whole incident mek mi look on things different. God is really real. Cartadon is one of the most dedicated upcoming artiste 'bout the place right now. Since then, we get a chance to see him on video call and we jus' a pray to God for a speedy recovery," Campbell added.

The producer shared that although he has work to do, nobody on his team has been to the studio since last Saturday. But he continues to promote the single.