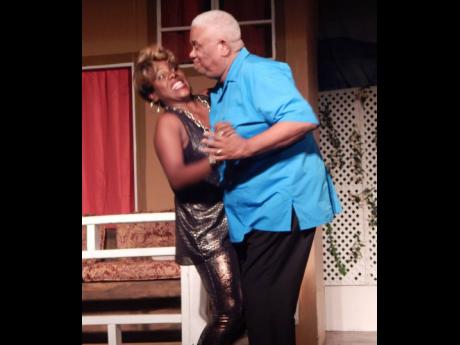 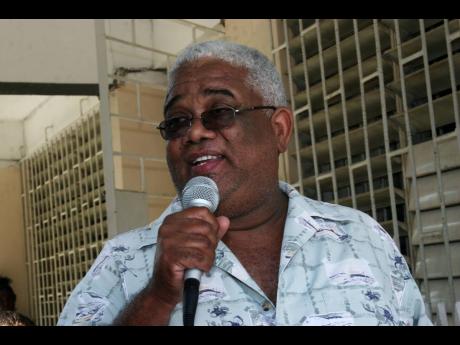 Actress Deon Silvera is calling all theatre practitioners to help her sing two songs that theatre giant Volier Johnson had asked her to perform at his funeral.

Declaring that she is not a singer and that her "nice friend" who passed away on July 9 knew that only too well, Silvera stated, however, that there will be dire consequences if she does not carry out Johnson's wishes.

"So, we have to do this thing proper. All who can sing and all who are willing, need to get in contact with me so that we can meet up and practise the song dem to sing for Volier send-off," she told THE STAR.

Silvera related that some years ago, while overseas on tour, Johnson told her that he wanted her to sing the hymn, There Is A Green Hill Far Away, at his funeral. "I don't know what was going through his head at the time. But me did seh to him, 'No Volier, that deh song deh too sad.' Honestly, me did tek it fi joke then, but afterwards I realise that him did serious," Silvera shared.

"And then in 2017, when Rosie [Murray] had her health challenges, he said that he wanted me to sing What A Friend We Have In Jesus. And I asked him why that song and he explained that as a child, when his mother had challenges, she would hum that song and food would turn up, whatever she needed would be granted. When Clive [Duncan, actor] died last year, he said it again. Is like he was trying to tell us something," Silvera stated.

Johnson died at the Kingston Public Hospital after suffering what appeared to be a heart attack. A date for the funeral has not yet been announced, but Silvera, who acted as his love interest in the TV show Ring Games, has been accompanying his widow as she makes the arrangements.

"She's doing as well as can be expected. Sometimes she breaks down, because she is missing him. Volier caring yuh nuh. Him is the person who just tek charge of everything," Silvera noted.

In paying tribute to Johnson, Culture Minister Olivia Grange said he was a master of his craft who was "made for comedy" and whose "contribution to Jamaican culture will be cherished long after his departure". In 2013, Johnson received the Order of Distinction from the Government for his service to theatre.