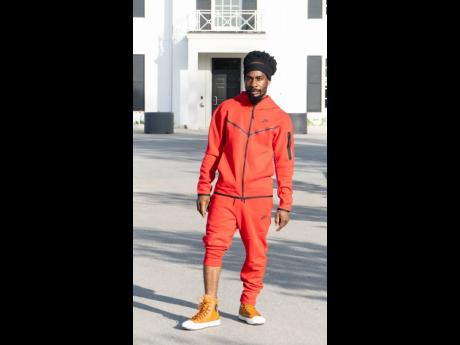 What's in a name? Ask up-and-coming singjay Quara Ahnya (pronounced 'Kora Anya'). His mother wanted him to be called Carlos, but his father preferred Call-I, so the latter became his nickname. However, when choosing his second stage name, he did some research and discovered that the Hebrew for Call-I is Quara Ahnya. So he took it on to himself, while keeping his 'government name', Hebna Wilkinson.

"Some people think it's unique, others think it is amusing. But either way, it is usually a good ice-breaker," said the artiste, who hails from east Kingston.

Quara Ahnya, who told STAR on the Rise that he would like to one day become a full-fledged singer who is "smooth like Lionel Richie", recently released his latest single, a love song titled One For You, produced by YaadFlame Productions.

"My message is consistent with love - intimate love, familial love and universal love. The songs these days talk about a lot of topics, but the lyrics are not emphasising love for your spouse, your brother or your friends. I sing about myself and my relationship, and hope to make music that keeps relationships together, not break them up," he explained.

He is excited about One For You, which is receiving love from radio. The video has also racked up more than 100,000 views since its release four months ago. But he said he had toyed with the idea of putting out a song that spoke more to these quarantine times, but management overruled him.

"My manager Ra-Umu Alkebu-Lan and the team feel that this is a better fit, as indications are that the pandemic will soon pass. But I keep hearing about different strains and about plans to give some people a third dose of the vaccine. As an artiste, I don't want to get too much into that. But if everything is like what we are hearing, it sounds like we are doomed. We are just hoping for the best and will continue to heal with good music," Quara Ahnya said.

He is currently working on a seven-track EP, produced by Yaadflame Productions, Alkebu-Lan Power Sounds, and Sly and Robbie; it has a September release date. Quara Ahnya says he is grateful to be working with, and learning from ,a cast of A-list veteran musicians, which includes the aforementioned Sly and Robbie, Cat Coore, Dean Fraser, Bongo Herman and Robbie Lyn.

He added that over the years, he has never limited his outlook and has always been willing to experiment with different sounds to express himself.