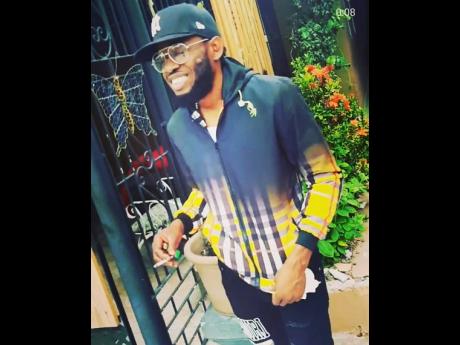 At the beginning of the year, veteran dancehall artiste Boom Dandimite dropped the solo track ' Drone'.

The song, produced by Sipo Records, is a war track which aims to show that the deejay still has the grit to maintain his place as a hardcore dancehall artiste. The entertainer, who is a key member of '90s dancehall group Scare Dem Crew, says he is in putting together an album which will prove he's still a force.

"Mi feel like di people dem never get enough of me and mi think me affi do a whole heap a work to make up for dat. Mi feel like me affi work double time inna myself and das why me need da album here fi mi self right now," he shared with Weh Dem Up To. "Mi always tell mi self say mi need a solo project but a really like a year ago me start get active on it. Mi have like 11 tracks so far and many more to complete because the album affi have a collab wid a Bounty Killer, a Buju Banton; so mi have whole heap a work fi do."

The artiste says he is well aware that with the goals he has set for the compilation, he is going to need the help of his colleagues.

"Mi nuh really worried about success too much innu because mi name itself big inna music. My name is so huge, it bigger than me. Nuff artiste inna di industry affi mention Boom Dandimite when dem talk because dem memba weh dem a come from," he shared. "A me carry whole heap a people go studio and mi nuh feel like me get mi own glory and mi did always feel like one day it did ago come. And the day has come because God is not an unfair God."

He says that The Prodigal Son is one of the titles he is considering because "the album will be like a return to myself".

"For a while I was like all over, but mi a return to my true self now and mi wah people see dat," he said. "People can expect to see and hear a more focused Boom Dandimite, one who is more understanding of the music industry."