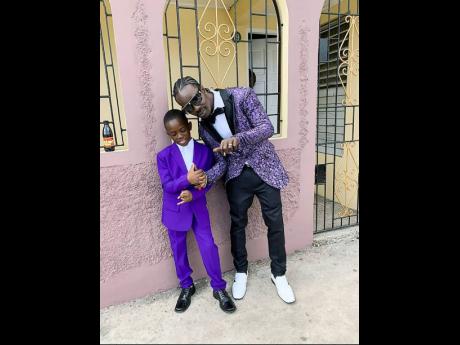 Akeem Bogle and his son Jahiem. 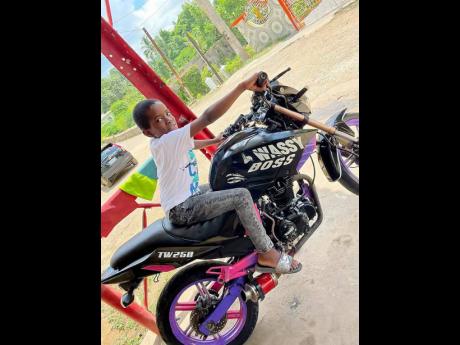 Up-and-coming artiste Prince Ikeem is still trying to come to terms with the death of his only child, Jahiem Bogle, 10, who was the victim of a shooting in Arnett Gardens last month.

"I still can't speak about how I feel," he told THE WEEKEND STAR. "Even writing and recording music is hard, and that's how I usually express how me feel 'bout certain things. I'm putting the little energy I have left into an album for my son ... still looking for a name for it, but it will represent for him and what he means to me."

The first single from the seven-track compilation is titled Teardrops 'Song for Jahiem' and will be released this Friday, August 6. The producers, Michael St Amie-Durand and Ajmal Peters, hail from Grenada and Dominica, respectively, and background vocals are from Nyjai Ishmael, also from Dominica. The single features audio recordings of Jahiem, which Prince Ikeem says have been "a little calming."

He said "Jahiem leave so many things to me. Him teach me to be calm and was always saying everything is going to be all right. I feel like I can still hear him. He is that type of child that observes everything around him, very analytical little boy. He wanted to grow up to be a firefighter and I was working hard to make sure he could get his dream."

Prince Ikeem, whose given name is Akeem Bogle, is a member of dancehall's popular Unruly Camp and is originally from the Trench Town community. He said that music has always been part of his life and he is finding out how it can be a temporary escape from all the goings-on around the incident.

"Like any parent would, I want justice for my child, my one child. He was my whole energy, although people would describe me as an energetic person, he was the reason for that. I don't even know how I am able to do this interview without him here beside me," he said. "I saw my own dreams coming through because I was working towards them for my son. Now it's hard to picture. I don't have no appetite, maybe because he was the one who decide wah we consume every single day. Yes, me a use music to escape, but this is difficult for me."