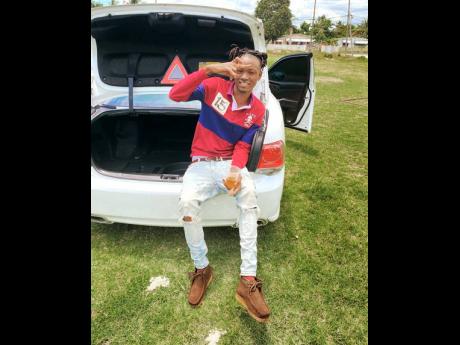 Rising dancehall newcomer Nervz is quite upbeat about the success of his latest single Chappa Fi True.

The song which also features deejay Navaz has dominated the local airwaves over the past few weeks.

"The reception has been splendid. The fans really love the song and I am happy the way things are looking right now," said Nervz. Chappa Fi True is taken from Nervz's mixtape titled Street College. It was produced by Quantanium Records and released in June. The official video for the song has more than 202,000 views since its upload to YouTube on June 18.

Nervz explained how the idea for the single came about.

"It was my road manager, Kvsh, who came up with the idea. He said we needed back a song like one of my previous songs Money Call because those types of songs grab the ears and the attention that we need from listeners," said Nervz. The deejay is hoping that Chappa Fi True will become the breakout song that he craves.

From the tough Spanish Town capital of St Catherine, Nervz has been making a name for himself on the underground circuit. His songs have been featured on numerous mixtapes. The aforementioned Money Call as well as Polo Fi Days are among his previous releases.

Nervz, given name Michael Atkinson, has been working with Quantanium Records, best known for Jahmiel's chart-topping single Gain the World.

"I want my art and craft to reach the ears of the world. I want them to be appreciative of the music of Nervz," he said.