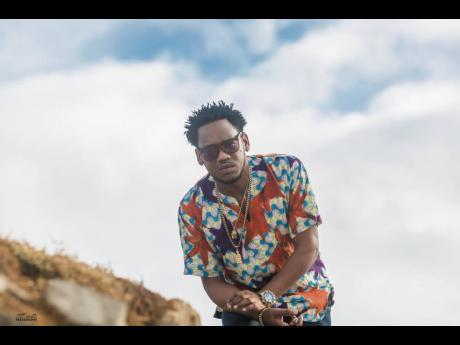 Jahfrican is promising some "feel-good" music on his upcoming mixtape, Jahfrican and Friends.

Widely known as Jamaican producer Adrian Locke, one third of Truck Back Records, the creative has been pursuing a recording career for more than a year and sees this mixtape as an introductory project.

"I'm still introducing myself as an artiste to the world so this is a further introduction," Jahfrican told THE STAR.

The set will be released under his LockeCity Music Group label and features Capleton, Round Head, Harry Toddler, General B, Mr Lexx, Shugar Kane, Soun Bwoii, Tallup and Swashii. It is scheduled for release on October 22.

"The mixtape has 11 tracks and two interludes," he said. "I probably only have two tracks with just me only. I decided to do it as I've been producing for a while, so mi just call in some of my friends that I've been working with for a long time and seh I wanna do some collabs and that's how the mixtape was formed. Consider it the producer side, LockeCity, meets Jahfrican, the artiste."

His individual style is rooted in Afro-sounds but the mixtape will host a fusion of genres.

"Shugar Kane is from Zimbabwe so it's basically a dancehall-afro kinda feel, bringing the best of both worlds," he said. "It's a comfortable listen, it's a happy listen which people need right now. I always try to keep it real with both content - the lyrics - and the music itself - the beats. I wanted to capture that dancehall feel as well as the afro feel with the new school trap kinda stuff so it's a feel-good listen."