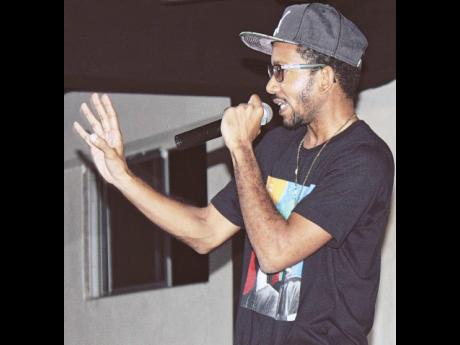 On the 11-track offering, Five Steez gives insight and inspiration, sharing his personal journey, interspersed with street cinema, racial commentary and romantic tales. The scenes throughout the album are complemented by SonoTWS' soundscapes that are mostly drenched in soul and jazz.

Quietude boasts features from Five Steez's 'partners in rhyme' Nomad Carlos and The Sickest Drama from The Council of The Gods; Shanique Marie from the Equiknoxx Music label; Bad FX, who collaborated with SonoTWS previously on their album Together; and early Griselda Records affiliate Tha God Fahim, who also appeared on The Council's first album.

"I came across the word 'quietude' one day and it just struck me as a possible title," said Five Steez. "I looked for the meaning and found it meant exactly what I thought it did, a state of stillness. I also learnt it was a place in Sao Paolo, Brazil, so that made the name feel perfect for the album."

SonoTWS says "Five Steez and I actually connected a few years ago when he was about to put out his album Love N Art. We eventually talked about doing an EP with five or six songs, but we ended up with a full-length album," he said. On the album they wanted to recreate the classic aesthetic and feel of hip hop in the 1990s.

In relation to his entire discography, Five Steez says Quietude is the culmination of what he has been doing since his debut album in 2012.

"I feel Quietude is a progression of where I was at on my last album, and also a combination of different things I've done since the very beginning," he said.