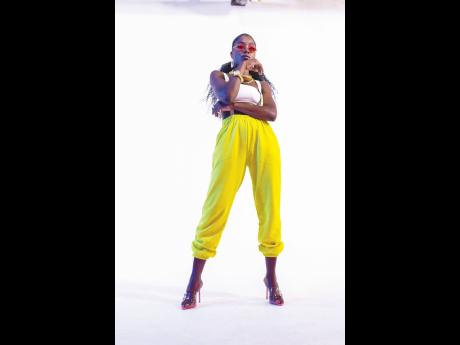 Reggae singer Sevana is now scheduled to re-appear in the Westmoreland Parish Court on December 3, as the preliminary hearing in her fatal road accident case continues.

She is charged with causing death by dangerous driving, following an accident in May. The matter was called up for mention on November 23. Attorney-at-law Yushaine Morgan, who is representing the Nobody Man singer, told THE WEEKEND STAR that the new date was ordered by the judge.

"It's not anything to do with us. I am not sure why, but the judge ordered the new date," Morgan said. The police report that on May 25, Sevana, whose given name is Anna Blake, was travelling along the Scott Cove main road in Whitehouse, when the Honda City motor car she was driving collided with a Honda Fit going in the opposite direction.

The passenger in the Honda Fit, Ordia Cordiel, sustained severe injuries and was admitted to the Black River Hospital. Cordiel died on May 30, after which Sevana was charged on June 1. Sevana celebrated her 30th birthday this week and made her first Instagram post in more than a month to mark the milestone.

"Thank you to all the folks (pictured and not pictured) who supported me this year. Made it 30!!!!" Sevana posted, along with two pictures with her friends. She is still free to go about her business of entertainment and performing at concerts, her lawyer confirmed.