Beekie Bailey thankful for life after being robbed 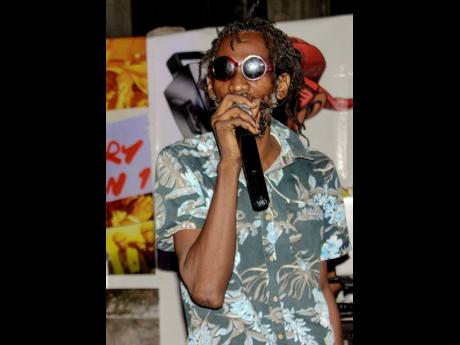 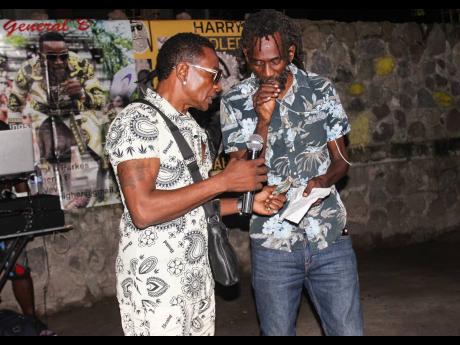 Veteran recording artiste Beekie Bailey was trailed and robbed a week ago after leaving the Boom Box Fridays headquarters.

He said that a 2021 Rebel T Special Edition Sport motorcycle, which the entertainer had recently acquired, licensed and insured, was stolen by two unknown assailants in the Hughenden area on November 19.

"Friday night after leaving the live show at Red Hills Road, I was taking the Hughenden route on to the Boulevard when I noticed two men trailing me. While trying to get away, my bike flip over and one of them grab it. Nah lie still me try put up a fight but when I hear the other one say 'shoot the boy', although me never seen no gun, me just make dem gwaan," Beekie Bailey told THE STAR.

The artiste reported the incident to the Duhaney Park Police Station and with assistance from the Boom Box Fridays team got home safely. The weekly live streamed session is a collaborative project done by some of reggae and dancehall's forerunners. General B, Harry Toddler, Nitty Kutchie, Leopard and Ghost are some of the entertainers and Beekie Bailey plays the role of MC and helps to coordinate weekly performances.

"Is just one month since I get the bike and last week was the first time me ah ride it come into town from Portmore. It did really upset me fi know that happen but in the morning the artistes call to send me words of upliftment and make me see how important my life is," he said. "Instead of making it put me down, I decide say whatever I can do I am giving it my all. So, me record a song about my encounter with the two assailants while at the studio. It was, at first, for the humour then it become a serious song warning to youth like them fi refrain what dem doing."

He titled the song Gi Dem. And the incident would not deter Beekie Bailey from finding his way to the special edition of Boom Box Fridays live streamed from Sizzla's Judgement Yard in August Town last Friday, November 26, to give a preview of the track. The entertainer was taken by surprise when General B gifted him with $30,000 to put towards a new motorcycle and several other artistes joined in by adding more cash to show their support.

Beekie Bailey, whose given name is Samuel Walker, was discovered by legendary Jamaican actor Carl Bradshaw on the Sunshine Talent Show in 1986. For the past three decades he has captured the roots reggae and dub audience with songs like Rasta A Big Gallis and Wifey A Lead.

"I am one of the godfathers in this business with my first song Natty Dread Feelings for Dynamic Sonic Sound but one of the most rewarding part in my career was working with Specs Shang Music that was managed by now Minister Babsy Grange. That really put me on a different level. Last Friday, the artistes dem really make me feel good too like what I am doing mean something for real," he said.

"Boom Box Free Flow is about showing the youths how to perform, ride a riddim, it's a whole vision of giving back to the community and the less fortunate and at a time when I needed it, everybody was there for me. I have to give thanks to Harry Toddler and General B, the whole team," Beekie Bailey continued.