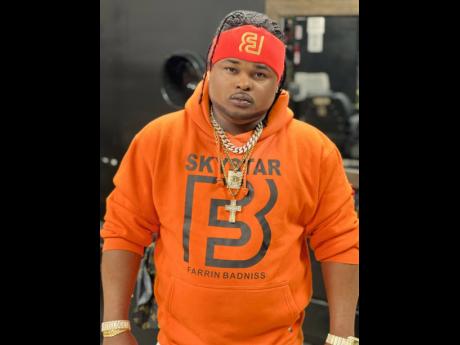 Canada-based dancehall artiste Skystar is pumped up about the response to his latest single, Control the Pressure, featuring Snipawizdom, which was released on the Konsequence Muzik label two weeks ago.

"This is my first collaboration with Snipawizdom, who brought the heat on this project. I got the rhythm from Konsequence Muzik and asked Snipa to do a verse, and the rest was history," Skystar. The song has been added to radio stations in parts of Canada. Skystar described his music as "grimy dancehall with a touch of trap dancehall".

"I'm all about fun and vibrancy," he said. He was born and raised in Patrick Gardens, Kingston 20, and spent his formative years between there and a small community in St Andrew called Mudtown. His house was torched by gang members, and so at only nine years old, he started going back and forth between family members. He developed a love for music during his days at Pembroke Hall and then Oberlin high schools. He honed his skills in dancehall battles, where his versatility, uniqueness and creativity made him hard to beat.

In 2005, he got his real taste of music when he was signed by Mark Francis of Gabash Ent, and he has carved out a reputation for his lyrical stylings in the province of Alberta, where he now lives. He works closely with the label Farrin Badness.

"My fan base in Canada is growing more and more every day, and the audience always sings along when I'm performing," he said.