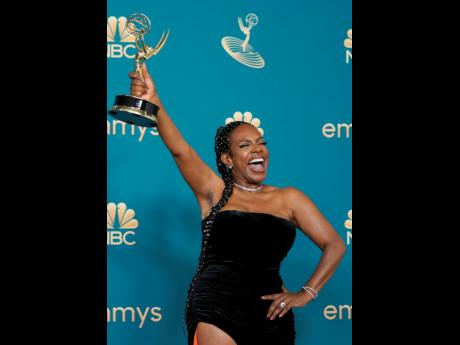 Sheryl Lee Ralph is overjoyed as she poses with her award for Outstanding Supporting Actress in a Comedy Series for ‘Abbott Elementary’ at the 74th Primetime Emmy Awards on Monday. 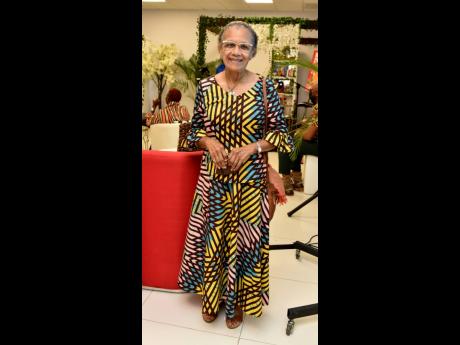 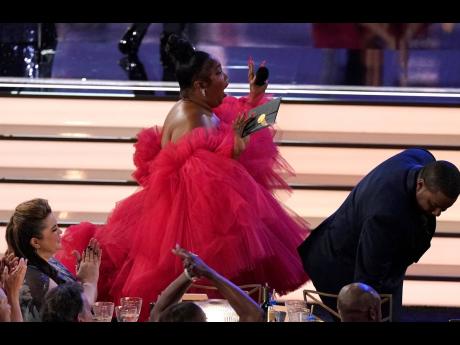 Lizzo reacts to Ralph winning the Emmy for Outstanding Supporting Actress in a Comedy Series for ‘Abbott Elementary’. 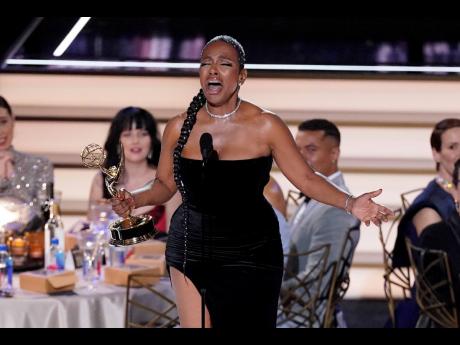 Ralph belted out ‘Endangered Species’ by Dianne Reeves as she accepted the award.
1
2
3
4

Veteran broadcaster Fae Ellington said she is sending "nuff, nuff congratulations to Sheryl Lee Ralph" who took the Emmy Award for Best Supporting Actress in a Comedy Series Monday night for her role as a devoutly religious kindergarten teacher on ABC's Abbott Elementary.

It's the first Emmy and first nomination for the 66-year-old Ralph, who was in tears and had to gather herself after accepting the trophy.

Ellington said she remembers Ralph's reaction when she heard of the nomination while visiting the island.

"She was here in Jamaica when she was nominated and I remember how excited she was, it was as though she couldn't believe it. And I've also heard different people say on television and radio programmes that she really deserves to win the award, [so] I was so pleased to see it happen. I want to wish her all the best. Of course she has this powerful voice which she used in the form of song and speech in her acceptance and I think anybody who knows about theatre and film, and acting and television, or have seen her would have wanted to congratulate her," Ellington told THE STAR.

She said every Jamaican should be proud of Ralph and is sorry that Ralph's mother, Ivy Ralph, was not alive to see her win.

"Every Jamaican would want to congratulate her ... Jamaica is proud, very proud. I am just sorry Mrs Ralph [her mother] wasn't here to see it too ... that woman was something else," said Ellington.

Ralph, who wore a gown and purse by Jamaican handbag designer Brandon Blackwood, was so moved by her Emmy win, she had to respond in song.

She opened her speech with a powerfully delivered acapella version of the song Endangered Species by Dianne Reeves.

"I am an endangered species, but I sing a victim's song, I am a woman, I am an artiste, and I know where my voice belongs," Ralph belted out. She then encouraged anyone doubting their dream "I am here to tell you this is what believing looks like."

Her win, and reaction, were hugely popular inside the Microsoft Theater.

The audience, including Lizzo and many of television's biggest stars, leapt to their feet to cheer on Ralph.

"We love you!" a man shouted from the rear seats as she arrived on stage. She was interrupted by cheers and multiple standing ovations.

Of Jamaican heritage, Ralph is known for her roles in other popular TV shows including Moesha, FAM, It's a Living, Instant Mom and Barbershop. She is also a best-selling author for her 2020 book Redefining Diva 2.0.

A hilarious mockumentary, Abbott Elementary became ABC's first comedy to quadruple its ratings since its premiere. It follows a documentary crew while they film the lives of teachers and students at a struggling, underfunded Philadelphia school.