Undaconstructionnn hopes to inspire with ‘Crown’ 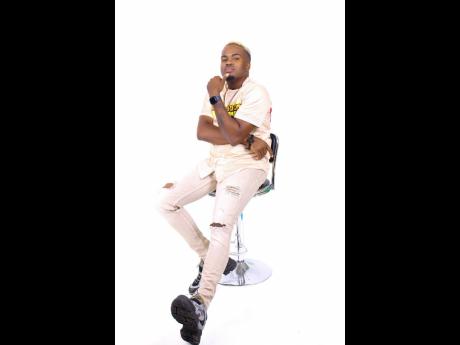 Released last month and produced by Apollo Way and Javoy Clarke, he said the single speaks about motivating and building up others when the world tries to tear them down.

"It's a song about inspiration and friendship. It speaks about being there and fighting for those you love. It's about fixing a person's crown when persons try to see them different and helping them to find and recognise their worth," he said.

Undaconstructionnn, whose given name is Dins Lynch, grew up in Kingston and attended Calabar High School before migrating to Brooklyn, New York, where he currently resides.

"I love music but I am all about education so I currently hold five degrees and I am currently enrolled at Chamberlain University as we speak. I am also a critical-care nurse in addition to being a nursing supervisor. One can have more than one career, I firmly believe in this," he said.

The budding singjay said he decided to launch his music career this year after much thought and is using Crown to test the musical waters. He also gives a reasoning behind his unique artiste name.

"My name actually came from me listening to recordings of myself reflecting on things I could have possibly done better, or how I could have presented a particular situation in a different way," he said. "I look on life as an additional inspiration. If it's not my life, [then it's] someone else's who's close to me who I can identity with. But don't get me wrong, I have an old school soul which transcends into my songs. You will hear the riffs and the runs and all the magic you would hear from the 80s and 90s with a reggae appeal to it."

The entertainer said that given the horrors that are taking place worldwide, he will stick to doing clean and uplifting music.

"My type of music is the embodiment of the person who I am, and the stage of my life I am currently in. You won't hear the gun songs and the chopping songs from me. I will never promote violence or anything concerning criminality. I want to do something with dancehall/reggae that puts us back where Sean Paul and Shaggy took us in 2000s. I want to make music that will make you dance, and just feel happy, and live, but at the same time transcends you to a place where you remember your childhood, and makes you just want to be the best you for you," the entertainer said.