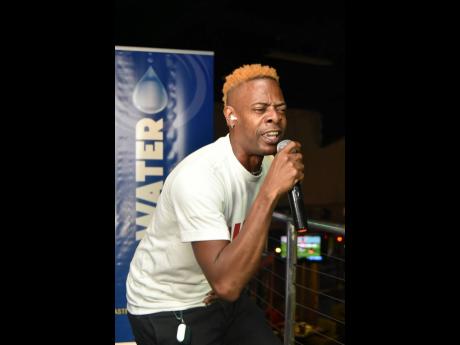 The World Cup is in high gear and fans across the globe have been glued to their screens since the kick-off on November 20.

A number of matches have already been played and people have already started to predict the winner. For veteran entertainer Mr Lexx, who has been a fan of the sport since childhood, he has no doubt that Spain will triumph.

"I am a Spaniard all the way! This is my team that I have always been supporting from back then till now," he shared with THE STAR.

"I'm predicting a Portugal vs Spain final this year and then my team will take it home. That's how I see things playing out this year," he shared.

Mr Lexx was an active footballer at the now defunct Trench Town High School before he got into music.

"Other than music, football a mi other passion. Back in high school, I was very active and even played in many cup games including Walker Cup," Mr Lexx said.

He also added that for the right price, he is hoping to put together the next World Cup anthem.

Having more than 30 years experience in the music business and an extensive amount of travel and performing under his belt, Mr Lexx, whose given name is Christopher Palmer, announced earlier this year that he will be retiring from music and pursuing a career in acting. Throughout his career, he has received many accolades including a Grammy nomination for his work on the Red Star Sounds Presents Def Jamaica project and an MTV Video Music Awards nomination in 2009 for the song Hold the Line featuring Santigold. He is currently also dabbling in fashion and merchandising with the launch of his DiggyNation branded apparel. During his retirement he also plans to dedicate himself to donating to charitable causes.

Known for his distinct voice and impressive lyrical ability, the deejay released his first album in 2002. Tracks such as Cook, Full Hundred and Anything Goes are still party starters to this day.