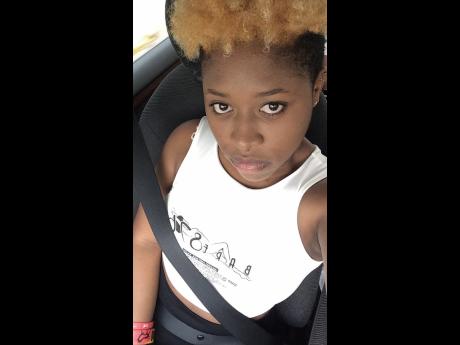 Candice 'Needlez' Davis has a law degree but has chosen to challenge societal expectations to pursue her passion of being a tattoo and piercing artist instead.

"I have always had a problem with the fact that most of our youths are cultured to believe that office or desk jobs are the only careers that are recognised as successful. You can do something like a trade and be successful, too," Davis noted.

The 24-year-old entrepreneur discovered her love for the art form at a tender age. "When I was 12, my aunt went and got a tattoo on her foot and she brought me along. The tattoo artist was a female and I was fascinated by that, so I started to frequent the shop every weekend," she recalled.

Despite her fascination with the arts, she admitted that there were strong deterrents that caused her to stray from the field initially. "When I was in high school at Immaculate, I told my friends that I wanted to be a tattoo and piercing artiste and they laughed at me."

Davis' dilemma was also complicated by the fact that her mother, who was a teacher, would not have approved of her career choice.

In high school, the St Ann native pursued the sciences then signed up for a law degree at The University of Technology, where she witnessed the harsh reality of unemployed university graduates.

"In first year, I was privileged to meet persons who had left and couldn't find jobs after getting a degree, and that scared me. That's when I made the conscious decision to do what I love," she said.

Unknown to her mother, Davis saved her lunch money, bought a piercing kit and started her apprenticeship with an artist. Eventually, her mother learned that she was serious about her career choice and began supporting her.

Davis admitted that it was difficult to make her mark in a male-dominated field. however, through dedication and business acumen, she earned her place.

Now, she is the proud owner of NeedleZ Body Candy Services, where she offers various body piercings and tattoos. She is also the owner of Bare 876, which is a waxing and nail salon.

"The most rewarding thing for me is knowing that I have successfully created a business out of my passion and, in so doing, I have inspired and, motivated other people to also follow their dreams," she said.