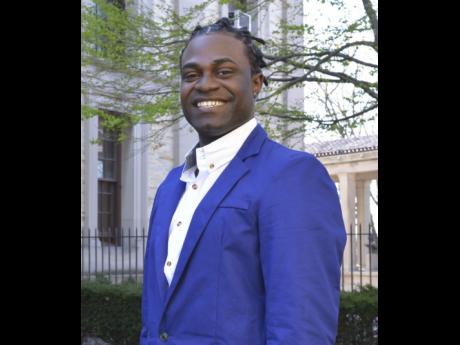 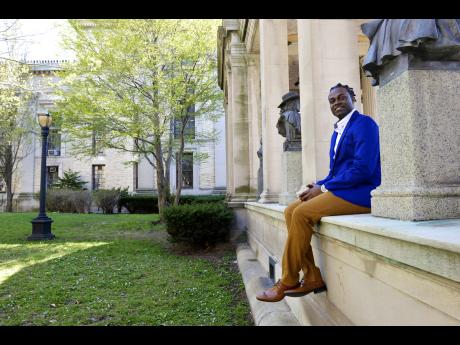 As a result of sheer hard work and determination, AndrE Christie rose from a life of poverty in Jamaica to earning his associate degree in New York.

A native of Grants Pen in St Andrew, 24-year-old Christie moved to the United States some years ago with a certain hunger for bettering himself through education. Now, he has earned an associate degree in science from the Bronx Community College (BCC).

"I went to an all-age school first, then I moved on to the Shortwood Practising Primary and Junior High School," Christie began. "I was considered to be a slow learner, having repeated grade six twice because I was not yet ready for the high-school level. After repeating from the junior high school, I then went to Oberlin High School and graduated at grade 11,"

While Christie may not have been the sharpest of students during his high school years, he had quite an affinity for the performing arts, as he wrote several plays and productions at Oberlin High and he was also a member of the school choir.

As high school drew to a close, Christie worked with the Jamaica AIDS Support for Life to help combat the spread of HIV among Jamaicans.

But that was not enough.

"When I left high school, I realised that there were not very many opportunities in Jamaica for persons like me," Christie said. "Though my mother and father did assist in sending me to primary and high school, there was not enough money for me to go to the tertiary level. That's when I decided to migrate to the United States to pursue my degree."

But life in the United States was not a bed of roses to say the least. Time management was also very important as, while working as a home health aid in the Bronx, Christie decided to attend the Bronx Community College, where he did his associate degree.

As anyone would imagine, his family in Jamaica are nothing short of proud of his accomplishments and aspirations.

"I'm very proud of him. He has a fighter mentality, which I really admire about him. And when he sets his mind to something, he goes after it and he does it," said Marsha Warren, Andre's older sister.

"Even though we are from a poor family, Mommy did whatever she had to do to ensure that he had lunch money, books and his uniform," Warren said. "She would make sure that he had all that he needed at any cost."