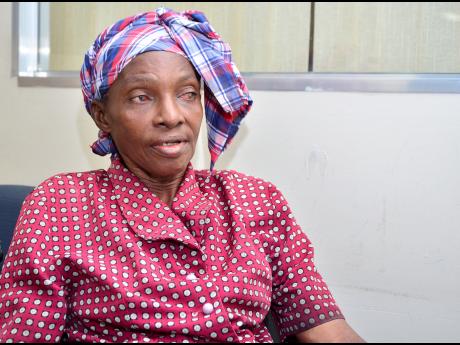 God has allegedly instructed a Westmoreland woman to tell the nation to dress in yellow and white this Christmas season.

Eve Campbell, who journeyed from western Jamaica to Kingston to share the word, said that God will not smite persons who refuse to dress as He has suggested.

Instead, she said that He just wants to be impressed.

"It is a beautiful colour. God says He wants to stay up there and look down here and look at everybody in it," the preacher and warner woman said.

"That is the message I get from God," Campbell told THE STAR yesterday, when asked about the significance of yellow and white.

Yellow is considered the best colour to boost enthusiasm and can contribute with greater confidence and optimism. In colour psychology, white is the colour of new beginnings, which could mean that the slate has to be wiped clean.

"I just pick it up through the Holy Ghost to give it to the nation," said Campbell, who had offered no real interpretation to the message she supposedly received.

"There is no consequence," Campbell said in a conversation punctuated by shouts of glory and hallelujah.

At one stage, she even said "What is this, dear loving God?" when quizzed about the relevance of her message.

When pressed about what will happen if people don't wear yellow and white, Campbell said "That is disobedience, it comes from God, and we are not to doubt him, God is not a liar."

"God says to tell the nation that hell is dark an dreadful and the nation should get their soul connected to God. There is no repentance in the grave, and we don't know how we going to leave this world or when."

Campbell, 64, told THE STAR that she is a preacher, warner woman, prophetess, counsellor, and teacher. According to her, she was ordained by God to deliver the message to the nation in time for the Yuletide season.

"Everything weh mi warn come to pass. Mi nuh mek no mistake. Warn it now, it happen later. Warn it today, it happen tomorrow. When mi warn, people pray and nobody don't trouble me", Campbell told our news team.

"It come from God. God give it to me to give the nation. That is the colour that should be worn this Christmas. I get many messages from God. In December 1996, the colour he asked us to wear was blue and white," she said.