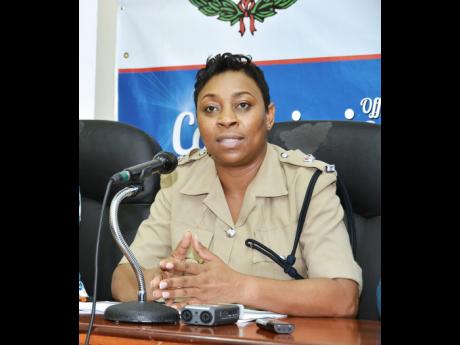 As 2016 draws closer to its final curtain call, the number of homicides in Jamaica continues to spiral north of 1,300.

Head of the communication arm of the Jamaica Constabulary Force, Superintendent Stephanie Lindsay, said that she suspects that whomever is appointed new police commissioner will put atop his or her priority list the dismantling of gangs, as they have contributed significantly to the high murder rate.

Lindsay told THE STAR that 70 per cent of the 1325 murders committed up to December 24 were related to gang violence.

"We saw extraordinary acts of gang violence in four different parishes. We saw it played out in St James in a very significant way, where they lottery scammers were at serious odds with each other, and what that resulted in was gang members attacking gang members," she said.

Lindsay said the conflict in the Clansman gang in St Catherine caused murders to increase in that parish, and the situation was similar in the Kingston Western police division.

"Just looking at the numbers, you can see that a lot of the murders are gang related so, no doubt, come 2017, the new commissioner will be looking at how to deal with this," Superintendent Lindsay said.

In the meanwhile, Security State Minister Pearnel Charles Jr wants Jamaicans to move away from just counting bodies, but to thinking about how to prevent the murders.

"I think it is a very bad way to talk about our fallen brothers and sisters in this manner," Charles Jr said. "I know a lot of people like the statistics, but I am about how to prevent them from happening."

He said his new year's resolution is to approach crime fighting from a prevention standpoint. He also has identified three umbrellas under which he plans to carry out his plan: tackling mental health throughout correctional facilities, boosting mentorship programmes, and making early prevention programmes more accessible.