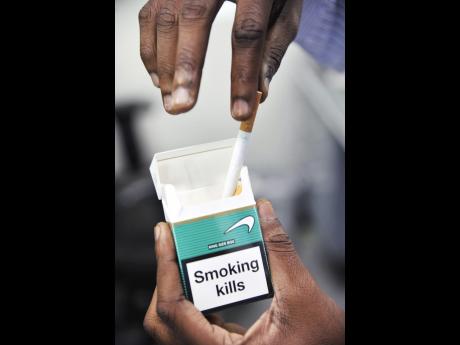 One of the counterfeit cigarettes on the market. 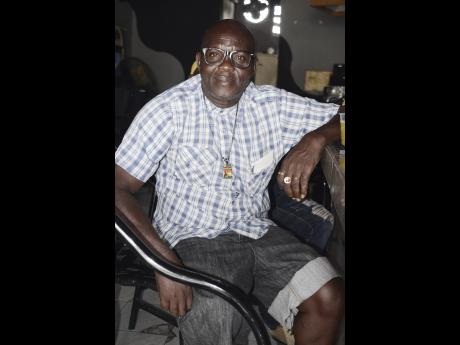 Some smokers are turning to counterfeit cigarette brands to get their high in light of the increase in the special consumption tax on cigarettes.

Michael Greenfield has admitted to purchasing knock-off cigarette brands since the increase.

"It cost more [legitimate brands] so a the likkle knock-off cigarette wi affi draw fah. So a dat mek we caan support the things them weh the country mek like wi want," Greenfield confessed.

Since the increase took effect on March 13, Carreras Limited has recommended the retail price of $55 for a stick of its Craven A and Matterhorn brands.

However, some retailers have indicated they have started to sell those brands for as much as $70, while some illegitimate brands can be bought for as low as $30 a stick.

Delisser Biggs believes the tax is especially harsh on the more destitute individuals.

"Mi drink and mi smoke and me believe that this tax pon cigarette and rum is the evilest thing that the Government can do to the poor people," he argues.

"Mi use to smoke 15 cigarette a day, now a three me a smoke and mi use to drink a quart a daytime, but now me affi settle fi a special," Biggs continued.

Biggs says he is not willing to discontinue smoking and drinking because of the pleasure he gets from doing both.

"Me coulda quit, yes, but every man have them habit weh dem do weh mek dem happy and this a weh me do, smoke and drink, but right now the Government a try steal my likkle happiness."

Despite the price increase on the legitimate brands, bartender Dianne does not believe this will discourage smokers from lighting up.

"Cigarette coulda go up to $100 a dollar a stick, them still ago smoke it, cause yu have some man buy all a one beer and them smoke all 10 cigarettes before them done the bottle," she said.

Meanwhile, Trudy, another bartender, has admitted that since increasing the price on some of her products there has been a reduction in the number of patrons who visit her bar.

"In yah used to ram like a dance a keep but we have fi put on a 20 or a 30 pon some a the goods so a less people a come from that cause we affi increase it cause we a get it dearer from the wholesale," she said.