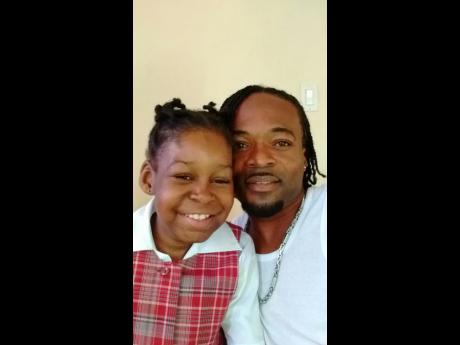 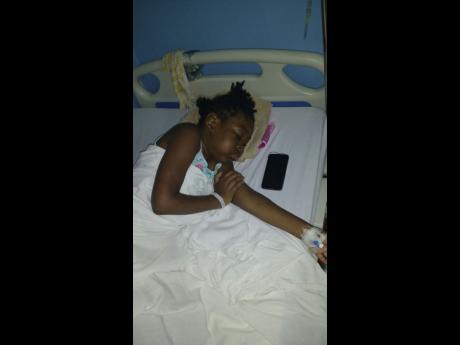 Despite the immense struggles associated with raising a chronically ill child as a single parent, Richard Comsalvaries said he will stand by his daughter until his last breath.

“I have to be a mother, father, sister, a nurse and doctor and everything in one. So more time I lose out on work and so much, but by the grace of God, I still pull through and many people come around and God has supplied my needs,” the 37-year-old shared.

His daughter, 10-year-old Shanequa Comsalvaries, was diagnosed with Chron’s disease, a chronic inflammatory disease of the intestines, associated with ulcers, abdominal pain and sometimes bloody diarrhoea.

Comsalvaries, who hails from Mike Town in Manchester, said his daughter goes to the bathroom up to seven times per day when she experiences a flare up, and she often misses school.

She attends the Charagape Child Care Kindergarten and Elementary School in Mandeville, where her special learning needs are attended to. He said the symptoms first appeared when Shanequa was about six.

She was eventually transferred to the University Hospital of the West Indies (UHWI) where she was diagnosed after a series of expensive tests including a colonoscopy and multiple MRIs.

Shanequa has been placed on multiple medications to combat the effects of the disease, but doctors told Comsalvaries that the disease can only be treated, not cured.

So far, she has been responding positively to a medication called Imuran, which is an injection to be taken twice per month, which he said costs $586,000.

The first dosage was supplied through the hospital. However, it ran out on April 15 and Shanequa is starting to experience severe flare-ups, causing her to miss school several days at a time.

Comsalvaries said the hospital has made arrangements for the Ministry of Health to assist in supplying the medication through Carimed.

However, he has not heard from them as yet, and he in unsure how much of the cost will be covered by them.

“It brings pain to my heart but people are suggesting that the best thing to do is try to get a visa for her to go overseas and get some treatment overseas because maybe things would be better, but I don’t have that kind of money,” said Comsalvaries, who does roofing for a living.

Despite his frustration, he said he will never give up on his child, as he believes God will make a way.

“People are always amazed to see how I stick by my child. The UHWI and a parent on the ward even give me an award for ‘Special Father’ when they see how I care for her when she was admitted in hospital,” he said.