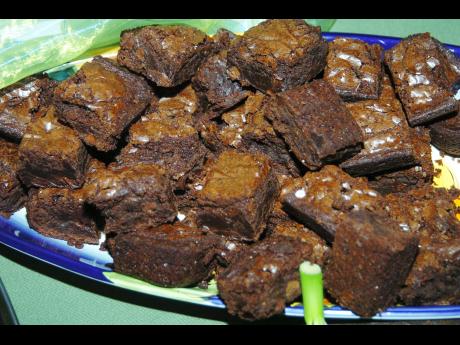 The production and sale of weed brownies have become a profitable business for at least one student at the University of the West Indies (UWI), Mona.

Amy* said she has been making and selling the brownies for about year and makes "100 per cent profit".

She said she spends approximately $2,000 to buy the weed, brownie mixture, eggs and oil she uses in her recipe for one batch.

Amy said her business has a large clientele and that she only started making the brownies because they were in high demand.

Amy said she buys the weed she uses in her 'goodies' from another student.

Some brownie consumers say that they eat them before parties and other campus events as it helps them enjoy themselves more.

The potential negative side effects have not deterred them.

One student who had hallucinations after eating a brownie, said she still continues to eat them for the high they give her.

However, she said she only eats half a brownie at a time now, as this gives her the effect she wants without harm.

Another student explained that the brownies make her extremely lazy, immobile, dizzy and cause dry mouth. But after that, she feels as though she is "floating on a cloud."

She added that eating the brownie has a greater effect than smoking weed. She has no hallucinations or negative side effects, but they make her "high to di point weh yuh figet yuh problems fi a minute and yuh just feel happy." She said eating the brownies neither hinder nor help her studies.

Garth Richards, supervisor for the UWI Student Emergency Response Team, said there have been cases of students who come in for treatment for the effects of eating weed brownies.

"I do not advise them to use it even though it has been decriminalised because there are side effects that might not have been known to the person," he said.

Psychologist and CEO of The Job Bank, Dr Leahcim Semaj, said if a component of defining oneself is being a ganja user, it will not be beneficial to a job seeker.

Semaj said that there are still many "observations of ganja being associated with underperformance and people not living up to their full potential."

For that reason, along with the psychological effects of using marijuana in any form, Semaj said he would strongly discourage anyone from using marijuana or any other drugs.