Shunned from poor relief home? - Homeless man claims he is being denied access 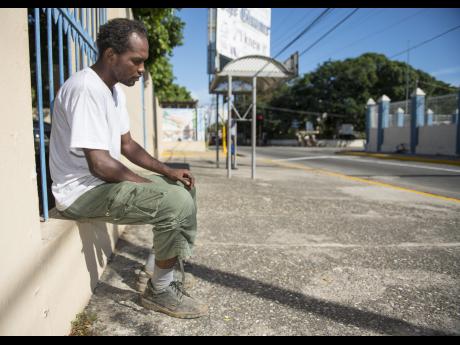 Kemar Diaz claims that he has been denied access to the Marie Atkins Night Shelter despite the fact that he is living on the streets. 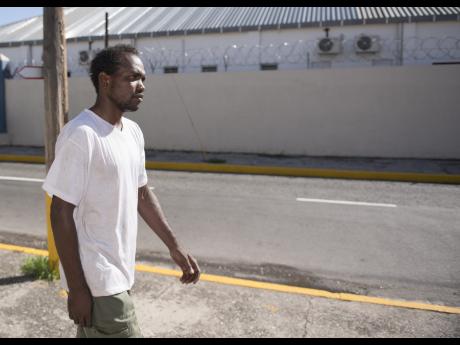 Kemar Diaz claims that he has been denied access to the Marie Atkins Night Shelter despite the fact that he is living on the streets.
1
2

A homeless man claims that the Marie Atkins Night Shelter has refused to re-admit him because he left the facility after finding a job three months ago.

Kemar Diaz, 29, told THE WEEKEND STAR that he has been living on the street for a few weeks because the Hanover Street-based night home refuses to accept him.

Diaz says that prior to leaving the home late last year, he had slept there nightly for more than a year. He said that he stopped going there after he got a job.

"After me get di job pan de waterfront, me did stop go deh and me rent a room a Seaview [Gardens]."

Diaz added that after a couple months of working he was laid off. He said that he was forced to leave the rented property as he was no longer able to pay the rent.

"Dem lay me off because dem seh di work weh dem employ me fah finish, so dem nuh need me anymore," he said. "Me did affi move out a di house because me cya afford it anymore."

He claims to have made numerous attempts to go back to the Marie Atkins Night Shelter in order to get a good night's rest, but has been refused on multiple occasions. He said that he is now sleeping on the street as a result of being shunned from the home.

When THE WEEKEND STAR visited the Marie Atkins Night Shelter, Inspector of Poor Mavis Farquharson said that she not aware of either Diaz or the situation. She however refused to answer questions that could provide clarity on the matter.