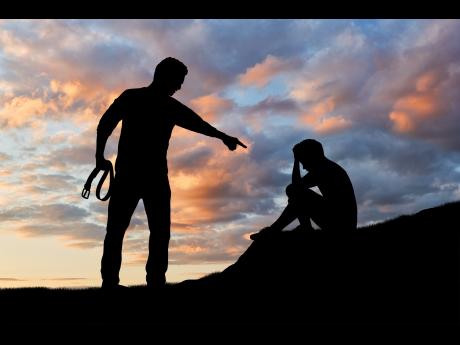 Principal of a Corporate Area school that was said to be mistreating children has responded to parents who complained, saying that they are seeking an excuse for their children to avoid punishment when they are late for school.

"The people who complain of the asthmatic children, we watch some of those same children during lunchtime, which is 45 minutes, and they run for the 45 minutes. They hardly eat. So it is simply an excuse that they are trying to bring forward to ensure that the children get no punishment for nothing at all," he said.

The principal told THE WEEKEND STAR that children are punished for being late, however, the way it was portrayed to the news team was completely wrong.

"They do not run around the school. That is just foolish. The older children would run for like three to five minutes. One hour of running? That is false," the principal said.

He added that this is not always the form of punishment used on the children because there are times when the school makes attempts to speak with parents about the matter.

He stated that based on the circumstances, there are times when children are not punished at all, but he said that most times children who are late for school live close by.

"There are times when we have over 200 children in the late line, and when you ask them where they live, it's like 10 chains down the road and they are coming [to school] at 9 o'clock. School calls at 7:40 a.m. and children get a 25-minute grace period. So the gate actually closes at 8:05 a.m.," the principal said.

The principal stated that he noticed that people want to bend the rules to suit their needs and that cannot be the way they want to live.

"We have a certain level of lawlessness where people tend to flout rules and there should be no consequences at all," he said.