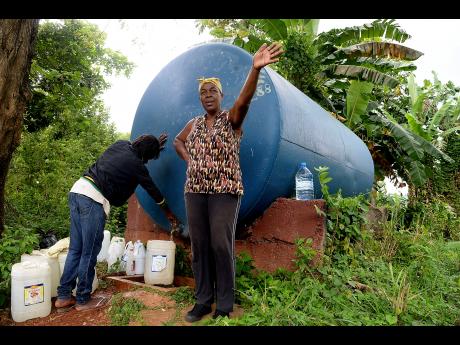 Averil Thoms (right) and Cynthia Sewell fetch water from a tank in the Browns Hall community. 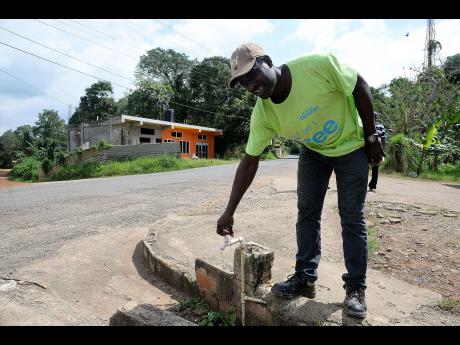 The big, blue tank which sits in the centre of the community of Browns Hall in St Catherine is the main source of water for residents of this rural town.

Many residents do not have a pipe running to their homes and so they have to make regular treks to tank to fetch potable water. Averil Thoms, 61, is among those who depend on this source to get her water to do basic necessities in her home.

She told The STAR that she has a tank at her home, but she still makes trips to the tank because the water there is free.

Cynthia Sewell, a member of the community, says she would rather have a pipe in her home than bearing the burden of walking with a bucket of water on her head to her home, which is located half a mile from the tank.

However, John Wilson, councillor for the Browns Hall division, said there is nothing to prevent persons from getting piped water in their homes. He said all the residents need to do is make the arrangements with the National Water Commission.

"They could have water in their homes, but everything they want for free," he said. "I do sympathise with some persons because they cannot afford it, but some people can," he added.

Wilson told The STAR that the municipal corporation is responsible for filling the water tank in the community.

The absence of water in the hills is not unique to Browns Hall. Everton Petgrave, a resident of Point Hill, said there has been no water in the pipes from last December. However, residents there were optimistic that the dry spell would be over soon, pointing out that a pump which helps with their water supply had just been repaired.

Meanwhile, in Browns Hall, Thoms said the dependence on the blue tank may not be the best solution to the community's water needs, but it is one that works.