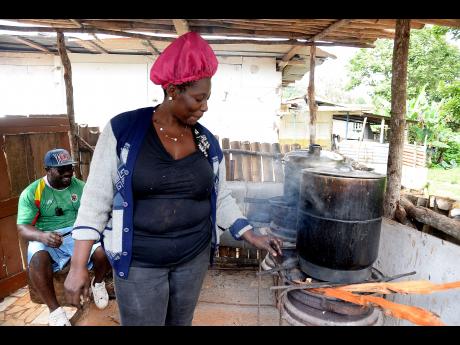 Karen Richards says her soup is a hot seller. 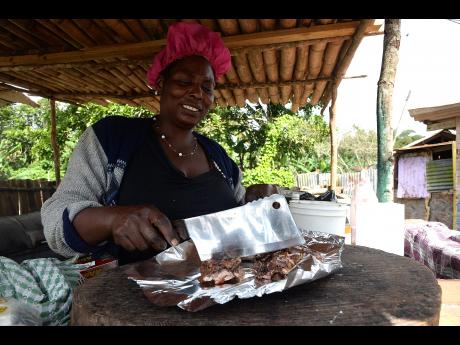 Ever since Karen Richards started Mumy T Jerk Centre in Point Hill, St Catherine, a month ago, community members have been flocking to the site of her business, located in the community square, in order to get a taste of her delectable offerings.

"Me do jerk chicken, jerk chicken back and pork. Di people dem love it, man. All the Chinese dem weh run di shop ova deh so, dem come, and if me nuh have no pork dem wi seh, 'How u no fi have no pork, is pork me want'," Richards said, laughing.

In addition to her jerked pork being a favourite, Richards told The STAR that one of her bestseller is the soup. She says that people gather daily for her soup, which is normally red peas, chicken or cow skin. She says people are in love with her creation because of the time and effort that she dedicates to her craft.

"Nuh true yuh a go get people money mean yuh fi just dash anything inna pot give people. "The way yuh treat people is the way they are going to treat you, so if yuh just give dem anything, yuh not going to have their support. Right now, me a do chicken foot, chicken neck and red peas inna one; if yuh taste this, a trouble, man," Richards said.

One of the things that makes Mumy T Jerk Centre the best, according to Richards, is the wood fire that she uses to cook the food. She says that this shows off the art of a real cook; one who is able to control the temperature at which the food is being prepared.

"If yuh can't cook pan wood fire, yuh is no cooker," she said.