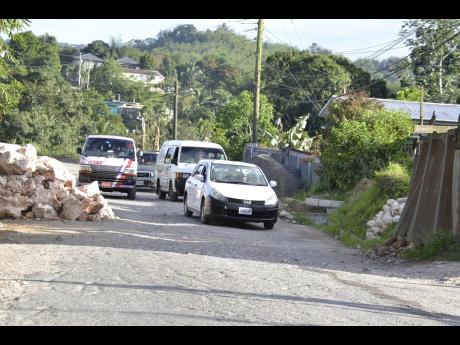 The rugged state of the Mount Ogle road in St Andrew has left residents fuming. 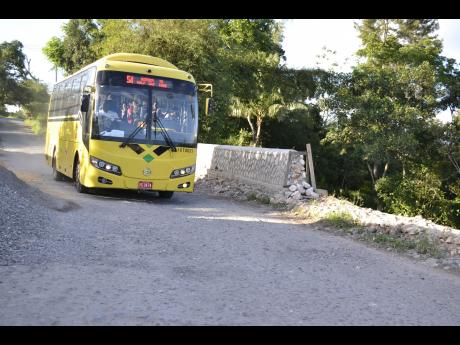 A bus drives along the section of the Mount Ogle road in St Andrew. 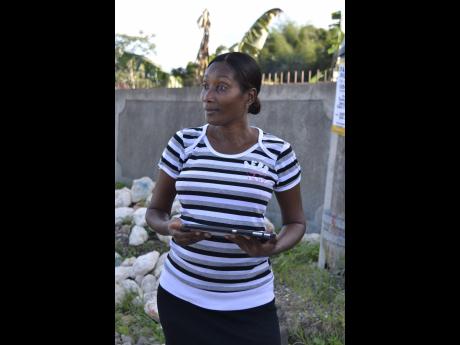 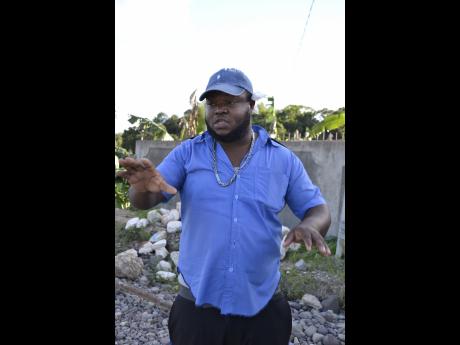 Christine Phillips, the woman who had to open her gate to allow residents to pass through her property when the road collapse in Mount Ogle early last year, says she is happy that people no longer have to walk through.

"Me feel good. Yuh nuh know how good me feel. A smoke alone did lef fi come outa me ears. When me gate open, me affi stand guard, because the bike man dem jus ride tru, and it was there for people who walk," Phillips said.

The roadway was reduced to single lane several months ago, and became impassable to large vehicles following heavy rains last April and May. Rehabilitative works, which included the construction of a retaining wall, drainage construction and the reinstatement of the roadway, were conducted.

However, Phillips says that even though the wall has been built, the road is yet to be finished as was promised.

"The road start fix from last year May and dem seh it did fi finish in September. From dem time deh till now, and it nuh fix," she said.

Phillips and other residents are dissatisfied with the state in which the road has been left. They complain that the road is too rugged and that it needs to be paved.

Mario Thau, a bus driver, told The STAR that the breakaway had impacted his business and he is happy that some form of work was done on the road so that things could get back to normal. However, he complains that the authorities could have done a better repair job.

"Mi feel great seh di road come back, because it did bruk off bad, but me want dem finish it and pave it off now," he said.

Desmond, who lives in the area, said he is disappointed in the roadwork that has been done.

"Me feel upset, me cut up. Dis nuh come in like road, this is a riverbed. The wall mek sense, enuh, but dem need fi finish it," he said.

Stephen Shaw, communications manager at the National Works Agency, told The STAR that the works would be completed soon.