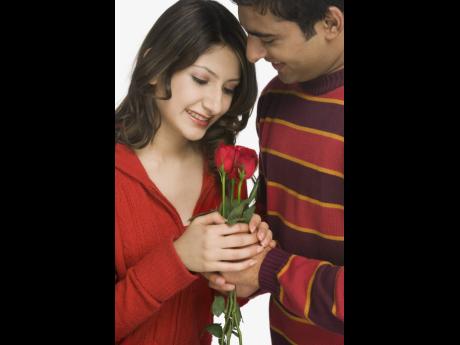 It is the day before Valentine's Day and some men are wondering how they are going to deal with their wife and their side chick at the same time.

One vendor, Dywane Murray, said that he would give both his wife and girlfriend the same thing on Valentine's Day.

He added that for this to work, his girlfriend has to know his wife comes first.

"Me woulda carry out the two a dem go the same place, but how me would a do it is tell me girlfriend to meet me at the place me a carry me wife. Me would a just go sit wid the girlfriend fi a while, but me a spend most a me time with me wife," he said.

He added that when the date night is over, he would definitely spend the night with his wife.

Another man known to many as 'CD Man' said he would treat both women on the same day but at different times.

"Day time a fi me girlfriend and night a fi me wife. To how me see it, the wife affi get a bigger and better gift and she would a get all the romance because a she me go home to a night time. Fi her gift affi be more expensive," he said.

While other men decide to treat the wife and the side chick on the same day, Troy said things cannot work like that.

He said he would focus all his attention on his wife on the actual day and clear the day after for his girlfriend.

"Valentine's Day a fi me wife. Me a give her all the love and mek sure she get a better gift. My wife affi get romantic loving and thing more than the girlfriend," he said. "The day after that a fi the girlfriend because me nuh wah mash up me relationship wid me wife, so girlfriend affi wait, while me wife get everything pan dat day."