Child barred from school because of dreadlocks 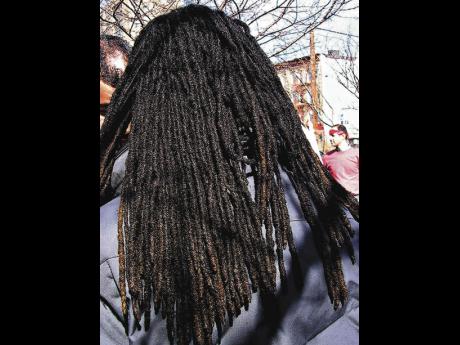 The mother of a five-year-old child is calling on the Ministry of Education to intervene after she was told by a school principal that her daughter was not welcomed in the school because she has locks.

Sharon* told The STAR that her daughter was accepted to a primary school in St Catherine and when they went to the orientation on Monday, the principal pulled her aside and spoke to her.

“In April, I registered my child to the school; she went and did an assessment. They took her photograph and went through the process. Yesterday [Monday], she went in for orientation and they realised that she had locks. The principal came to me and said ‘no mommy you can’t do that, you have to take it out or find another school to go’,” she said.

She said that her appeal for her child to stay at the school fell on deaf ears.

“She (the principal) believes that locks with the heat will create a situation where lice and 'junjo' will come and she doesn’t think that children should be sporting that hairstyle,” she said.

Sharon said that the principal's beliefs seem to be more personal and that should not be the case.

“It is my personal belief that everyone should look how they want to look and my child has had locks from she was one and she is five now. I am not going to bald off her head to send her to school. Something needs to be done,” she said.

Sharon said that she is baffled by this situation because this is a new era and she expected better.

She said that this is the time when people should not be worried about being discriminated because of the hairstyle they choose.

“It is 2018! It shouldn't be an issue. I am out of options because I deferred all the other schools. It is now July and she has been accepted in this school. Registration has gone in May. Is she going to sit out a year of school because of this foolishness? Are you denying somebody of their education because of their hairstyle? she asked.

Attempts to get a comment from the school, or an official from the Ministry of Education proved futile yesterday.