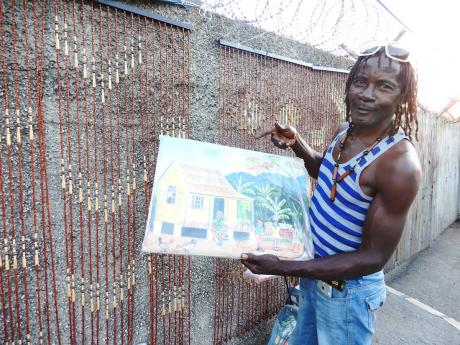 Wynter says he sells craft items in order to take care of his family. 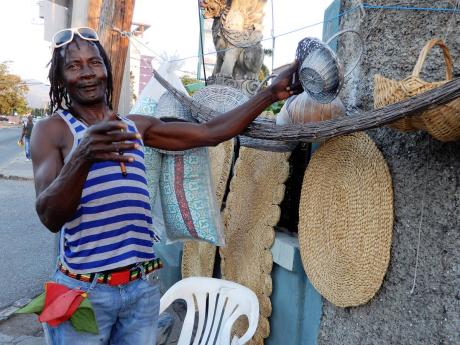 Sashana Small Photos Mats, baskets, paintings and brooms are just some of the items that Dennis Wynter sells. 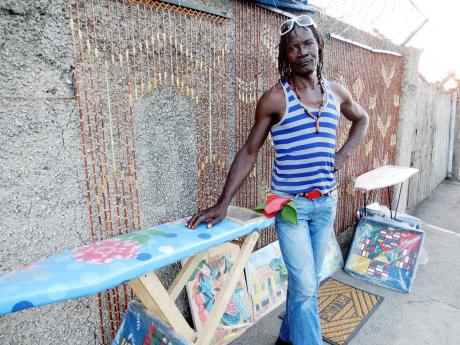 Wynter can be found on South Avenue, St Andrew, where he sells various items.
1
2
3

Dennis 'Ska' Wynter is a permanent fixture at South Avenue in the Half-Way Tree area.

The 54-year-old has been selling his wares at the same St Andrew spot for more than 29 years, but he has been a craftsman for much longer.

"Mi madda dead when mi a 14 years old, and mi father leave di house and go marry next woman. Then mi get mi first child at 14 plus, so mi haffi contribute," he said.

With his expenses mounting, he decided to start making and selling mats.

"I see people a mek dem, and mi see dem a gweh wid dem and a sell dem and a mek money, so mi watch how dem dweet and teach miself fi mek it," he said.

Wynter said that he travelled all over the island selling his mats, before deciding to settle down in Half-Way Tree.

And over the years his business has grown to include other items like beads, brooms, ironing boards, ludo boards, baskets, hammocks and paintings.

"Mi mek everything weh deh round mi, but some a di time, yaa fi buy some. Because yuh deh ya a sell, yuh can't just leave and go mek [items]," he said, adding that his products are sold for between $200 and $9,000.

Wynter added that his business has allowed him to take care of his family and build a house.

And even though he has faced his fair share of hard times, he still presses on for his family.

"People love me, people fight me, but mi believe inna miself and weh mi a do. And mi is a father like this, all when mi pickney dem a 100 years old, and dem call me and seh: 'Daddy', if mi is alive mi woulda like fi can give dem something," he said.

But for Wynter, the secret to his success and longevity in the business lies in the quality of his products and how he treats his customers.

"It's the customer service and the quality because mi don't diss people. It betta dem diss mi as a seller. If you have quality things, you haffi deal wid people the way how dem supposed to deal wid. It nuh mek sense yuh things a quality, but you reasoning a nuh no quality and yuh respect a nuh no quality. You haffi have the full package," he said.