After 12 hours of horror - Man loses leg to crocodile; Wants help to get a replacement 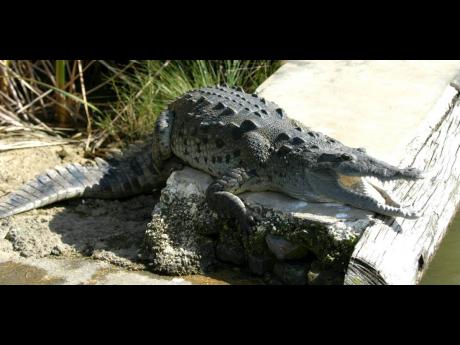 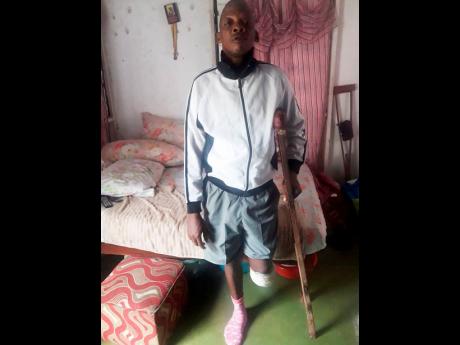 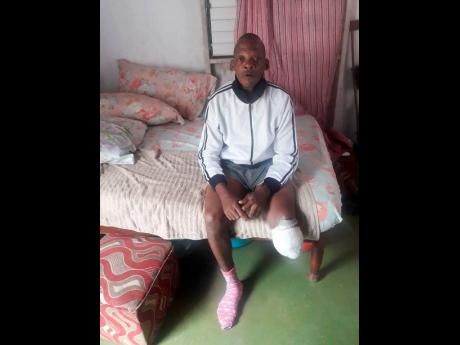 Life was quite normal for 48-year-old Nigel Gayle of Poor Man’s Corner in St Thomas until three weeks ago when a crocodile bit off his left leg.

“I was at my work table, and I leave from there, walk down to the beach just to clear and freshen mi mind. I walked out into the water and neva expect anything, the amount a water mi go inna, it doh pass mi knee,” he said.

“All of a sudden, mi just feel something grab mi, and start have mi flashing. It have mi flash fi bout nearly 10 minutes. I was there crying for help, just keep on seh help! Everytime mi cudda get fi mek a sound, mi just a seh help, because I don’t know which way I going next. Then, is like something seh to mi hold him head, and I don’t know what I squeeze on him, but him let mi go,”

“I get the chance fi come out of the water, and there was an old fridge on the bank. It was a standing unit fridge but it was laying on the back and I had on a belt that I used to tie my foot just suh it nuh bleed out too much,” he said

Gayle said he got the idea to use his belt and tie his wound from movies.

“At the first point still enuh, I didn’t even memba di movie. It was like a spirit telling me what to do. It seh, get into the fridge, mi get into the fridge, it seh yuh a go bleed out, tek the belt and tie yuh foot. It’s not a thing weh mi can see, but mi can hear it. And when mi tie it, mi seh: ‘Fada, a mi and yuh fi di night now, suh help mi’,” he recounted.

Gayle spent a sleepless night on the beach, and found ways to keep the crocodile at bay. “Each time the crocodile come up, mi just mek a sound, any sound, and yuh see him just turn,” he said.

After enduring some 12 horrifying hours on the beach alone, Gayle was rescued at daybreak by some passersby, who took him to the hospital. But it was too late to save his leg.

“The doctors were trying to save it, they recognise seh it not gonna save because there’s a germs from the alligator so it just keep on spoiling, so they cut it to a level where they can still use a next leg,” he said.

Now, Gayle, who’s an electrician by trade, said he’s seeking help to get a replacement leg, so he can return to his normal life.

“When I’m sitting down one place, the job don’t come to mi. I have to go and look it. Before I was a bicycle rider who ride to the work. So if I get a leg, it would mean many, many thanks,” he said.