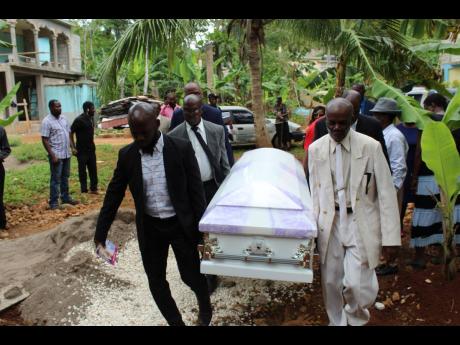 Pall-bearers carry the coffin bearing the remains of Cyslin Brown on Saturday. 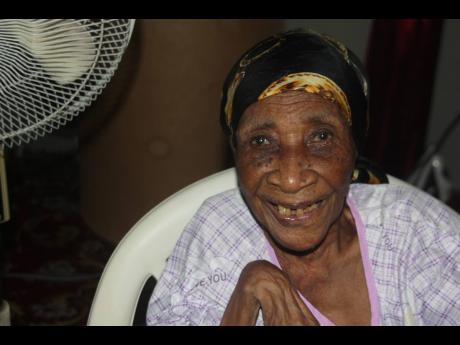 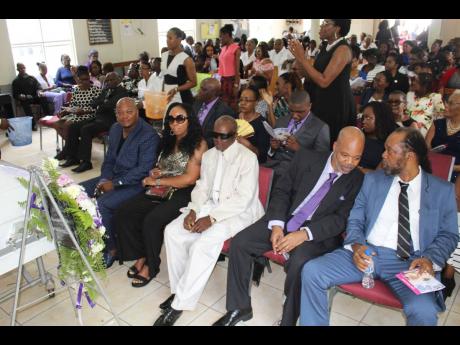 Cyslin Brown was last Saturday remembered as a respectful, soft-spoken and jovial woman who had a deep love for God.

Last Saturday, scores of persons, young and old, turned up at the New Testament Church of God in Sherwood Content to pay their last respects.

"My mother was a dressmaker, and she sewed everything on her hand-driven machine, for which she paid 30 shillings," Vernal, one of her children, said.

In the eulogy, Vernal said that his parents, Cyslin and Oscar Brown, got married on October 15, 1942. They had 10 children, nine of them boys.

Vernal told the congregation that his mother believed in education as the route to social mobility.

"One afternoon, I went home early and did not stay for evening class. I told her I was bored and I was not going back. She said: 'Yuh mussa hungry' and gave me a cornmeal dumpling and sent me back to class. I have never regretted it. Before cell phones, she wrote letters to all of us and never failed to remind us to believe and trust God," Vernal said.

Adassa Walters, who spoke on behalf of the church, said Brown had been a member for 85 years, having been baptised at age 12.

"She served in many different ways. Miss One was a Sunday school teacher. She was on the choir and was a prayer warrior who believed in prayer and fasting. Many of us here present know only one pastor, but she, being the longest-serving member, served 24 different pastors. She was faithful and true to all," Walters said.

The Reverend Dr Roy Notice, Brown's nephew, who delivered the sermon, said she lived for God.

"She lived longer than the biblical "three score years" and 10. Her life is an example that we should not fear old age but believe in God and his promises," Notice said.

Brown's remains were buried beside her husband's, who predeceased her in 1989, in the family plot in Bottom Town, Sherwood Content.