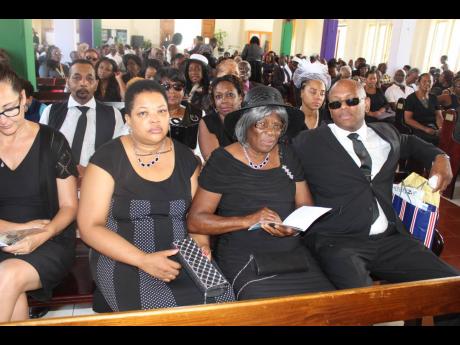 Family members of the late Neville Croasdale at his funeral, held at the William Knibb Baptist Church yesterday. 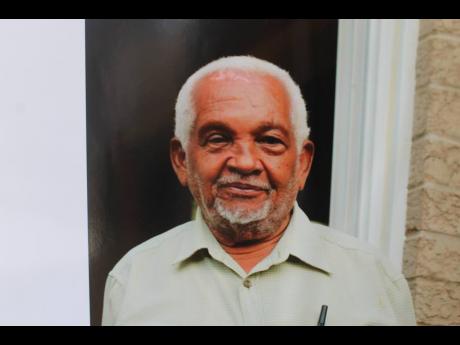 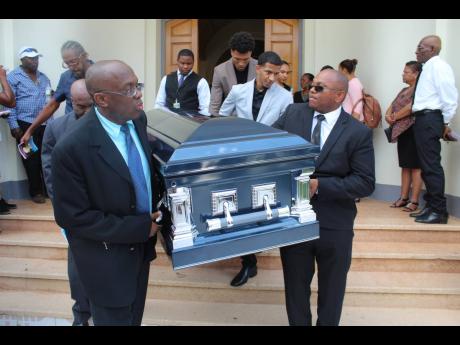 Pallbearers take the casket bearing the body from the William Knibb Baptist Church.
1
2
3

Neville D. Croasdale was born in Bounty Hall, Trelawny, on February 27, 1936. He lived most of his life in Bounty Hall and Toronto, Canada.

A thanksgiving service for Croasdale was held at the William Knibb Baptist Church in Falmouth, Trelawny, yesterday.

The tributes spoke glowingly of the man who Reverend Devere Nugent described as the number one chef for the Bounty Hall Baptist Church.

"Whether it was harvest, rally or prayer breakfast, he would be preparing the most delicious meals," Nugent said.

"He loved to talk and hold conversations on current affairs. He always had an opinion on the stories he read in The Gleaner," Bartley said.

His granddaughter, Dominique Croasdale, battling to hold back tears, spoke of his kindness.

"Me grandfather made sacrifices so that we could have what we needed. He gave selflessly without asking for anything in return," she said.

A brother, Joseph Croasdale, and sister Ethel Palmer shared the duty of delivering the eulogy. In it, Brother Baba was painted as a lover boy who was not afraid to show his affection for his wife, Erica, whom he married in 1966.

"The union produced six children, all of whom were showered with love and care from a very firm father. Our brother worked as a storekeeper, a distiller and a bookkeeper at Hampden Estate. People said he argued a lot on current affairs. To him, he debated on the subjects. Our brother loved to read, and do crossword puzzles in The Gleaner. He had a favourite pastime of making phone calls. He was skilled in the kitchen, whether he was baking or cooking, much to the enjoyment of his many grandchildren," the eulogy read.

Croasdale's body was buried in a family plot in Bounty Hall.