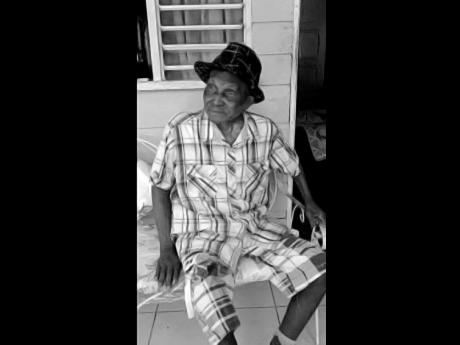 Family members of a Trelawny man who died during a fire two months ago held a funeral for him but used an empty casket.

The service for Theophilus Bulgin, 89, which was attended by scores of persons, was held at the Hastings Baptist Church in Trelawny on Saturday, September 28.

Many mourners thought that the casket was not opened because Bulgin was burnt beyond recognition. However, some were shocked to find out that there was no body in the casket.

Reverend Jeffrey McKenzie, who delivered the sermon, was surprised when he learnt that the deceased's remains were not in the church.

"Here is a man whom I ordained as deacon. I did not know that when the reflections were being made of deacon Brown it was empty casket that was placed at the front of the church," McKenzie said.

One mourner, who requested anonymity, said "It was the height of deception for Rev Brown to make the announcement at that, time."

Keith, one of Bulgin's sons, told THE STAR that the decision was made to have the funeral without the body as it had not been released for burial by the authorities.

"All plans were in place. Relatives came from abroad, but the body was not released by the police. When we realised that we were not geting the body, it was too late to put off the service," he said.

The elder Bulgin, a deacon at Hastings Baptist Church, was burnt to death in his house in August.

His daughter, Arlene Bulgin, said they were alerted to the fire about 8 a.m., when her grandson raised an alarm.

"The police had to be satisfied of a number of things. The body was burnt beyond recognition, and they had to be sure it was my father's remains that they took, and also what was the cause of death. I had to do a number of forensic tests. That is now done and the body has been released," said Keith.

He said that a second service would be held for an hour this Saturday, followed by interment in the family plot in Deeside.

"In discussion with the family and the host pastor, we decided that because of the man he was in the church, his body deserves final rites in the church where he gave monumental service," Keith said as he explained the reason for a second funeral.