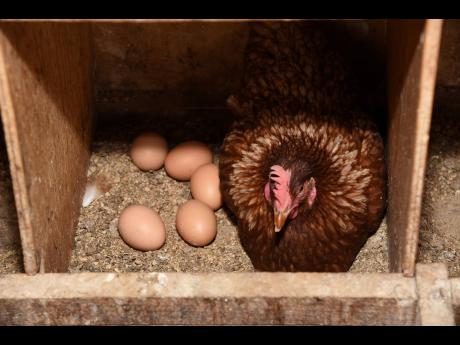 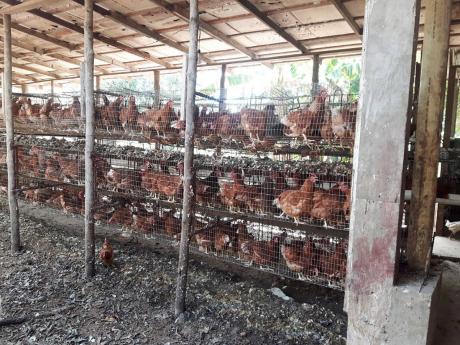 Like many other persons who are servicing the local tourism sector, Trelawny-based egg farmer Mark Campbell is now facing an uncertain future as, with the local hotels closed, his business is taking a financial battering.

"I am seeing a loss of over $100 million. I supply eggs to hotels from St Ann to Westmoreland and as I am speaking to you, I have no market to sell my eggs," said Campbell, who is a former educator.

To compound his current problem, Campbell, who has been in the business since 1981, says he has had to be disposing of some of his chickens because he no longer has the storage capacity for the eggs they are producing.

"I have 38, 000 birds who are producing at their peak. My storage capacity is at its maximum. I am selling what eggs I can sell and give away birds. The rest I have to kill and bury," said Campbell.

But despite the current situation, there appears to be a silvering lining looming on the horizon that could significantly ease Campbell's plight.

Hugh Gentles, of Gladstonbury Purveyor, working in conjunction with the Rural Agricultural Development Authority (RADA), has developed a project to take some of the eggs off Campbell's hands.

"The programme will immediately purchase 200 dozen eggs from Mark. These will be distributed to government-run institutions, like the prisons and hospitals," explained Gentles.

Campbell said that he is only too willing to grab the offer as he sees it as a light at the end of the proverbial tunnel, which will ultimately cushion the current blow and create a platform to rebound.

"I am most appreciative of Mr Gentles and the programme which has come forward. Some of my main associates, including the Sandals hotels and Jamaica Broilers, have also told me they will not stand by and watch me go under," said Campbell, who is a former Trelawny Cricket Association president.

He also believes the silver lining could also be a result of divine intervention, based on an experience he had with a woman of faith.

"I got a call from a lady who heard of my plight and who does not know me, nor do I know her," said Campbell. "As she prayed, a most touching prayer, tears rolled down my cheeks uncontrollably."

Following the prayer, Campbell felt as though a burden had been lifted off him. When he was approached by Gentles and his associates, it was as if he had already known that something good was about to happen.