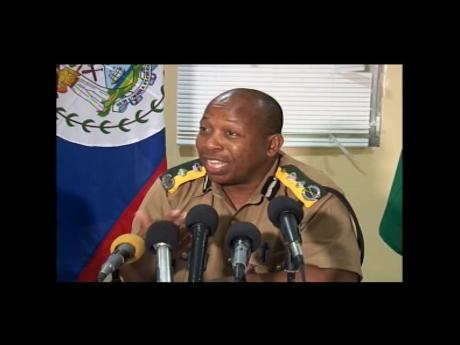 BELMOPAN, Belize, May 5, CMC – Police Commissioner Chester Williams said there would be “absolutely no room for negotiation” after a family of four, including two minors were arrested over the last weekend for illegally entering Belize, whose borders have been closed as a result of the measures taken to curb the spread of the coronavirus (COVID-19).

“When it comes to persons who enter the country illegally there is absolutely no room for negotiation where they are concerned.  As far as I see it, when they do that they put our entire country at risk,” he added.

Media reports said that both the parents and the two children illegally crossed over into Mexico where the state of Quintana Roo is experiencing a rash of COVID-19 cases.

The reports said that upon their return across the Rio Hondo River, the family was met by law enforcement officers who took them into custody.

The children have been placed in mandatory quarantine and their parents are due to appear in court on criminal charges. If convicted, the couple will be quarantined for 21 days prior to being incarcerated.

Williams told reporters that while four people had entered the country illegally, “we can’t charge the minors if the parents are bringing them because they are following their parents, and so only the two parents were charged.

“Now the law is clear, there is absolutely no room for discretion where Ministry of Health is concerned in ensuring that these people go into mandatory quarantine.  And so the parents are still in police custody,” he said, adding that “by virtue of the law, if they were to plead guilty they will be sentenced to three months imprisonment.

“But can they go directly to prison?  The answer is no.  So even before they go to prison, they would have to undergo the 21 day quarantine and if after …they do not develop symptoms or test positive then they can go to prison.”

Williams said that in terms of the two children, they have been placed in mandatory quarantine for the 21 days.

“So if it is that the parents should plead not guilty and the court were to grant them bail, they will not go home.  They should go directly into mandatory quarantine at their expense and this is something that we must be extremely harsh with so that the message can be sent to people.  Do not enter this country illegally,” Williams added.