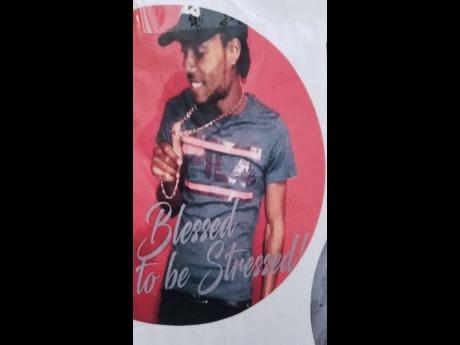 The body of 27-year-old Bradley Dobson of Market Street in Falmouth, Trelawny, was discovered floating in the Martha Brae River yesterday.

Winston Dobson, the 53-year-old father of the deceased, told THE STAR that his son "started acting strange three weeks ago".

"Him tell mi him a go kill himself because a de only way him a go see God face," he said. "Two weeks ago him try fi drown himself but citizens hold him and tek him come dung a de yaad. Mi an him madda start watch him every move." The elder Dobson said he son did not have mental "a mental problem".

"Him just stress out because him not working. Him tell him mada seh im nuh know wha him deh live fah," he said. "Him can't represent an tek care a im two pickney. Wi nuh have no mental problem eena wi family." Bradley's sobbing mother Alferine Hutchinson also said her third child was stressed out because of unemployment.

"Him start tell mi how him fraid fi sleep at night and start cook fi himself; nuh eat no meat, pure vegetable," she said.

Winston said his son went missing last Thursday. He said all of the neighbours started looking for him. A missing person's report was lodged at the Falmouth Police Station, which was confirmed by Superintendent Winston Milton.

"We received a missing person's report last Saturday. The body was discovered at 1:30 p.m. (Tuesday). So far there are no signs of foul play. We await the result of a post mortem," he said.