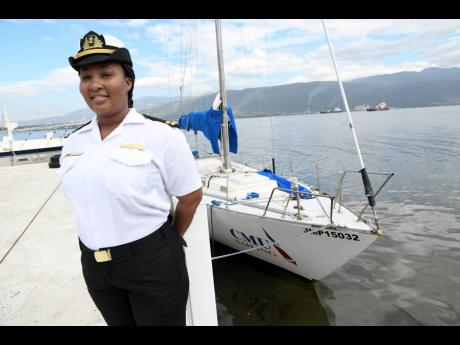 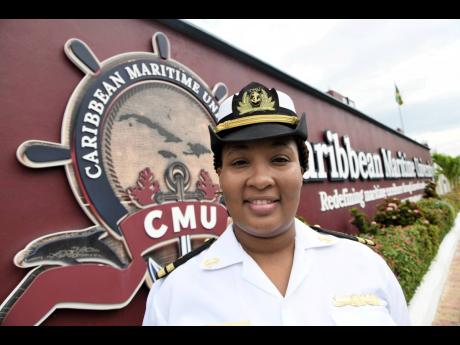 Upon completion of her studies at Clarendon College, Kimone Clair was not sure of her career path. Initially, she thought of becoming a scientist, or a marine biologist.

Today, she is a navigating officer and is a second officer, which means that she is responsible for planning a safe and strategic route for vessels and ensuring there is a clear passage from leaving the port to its destination.

"I love the sea, like really, really, really love the ocean. I grew up with boys and when I saw in the video that there are no females, I decided this was for me. When I came here they were saying I was too young because I was 15 at the time, but I came back when I completed sixth form at 18," Clair shared, as she sat, poised neatly in her pristine A-3 uniform.

The 33-year-old enrolled at the CMU in 2004, completing a programme in navigational watch, and has since been aboard several vessels as a navigating officer. Her first stint at sea was aboard the CMA CGM Venezuela on which she spent nine months in 2006.

In 2009, she received her licence to be a third/second officer, having responsibility for the maintenance of life-saving equipment and firefighting appliances, as well as assisting with watch-keeping duties. She then went aboard a passenger ferry, which had routes from Antigua and Barbuda, St Kitts and Montserrat. However after a year at sea, she longed to return home.

"I think I wasn't growing because there was only one position higher than mine, which I could get easily. So I decided I wanted to leave and come back home, but going on board a merchant ship at that time was not so easy for a Jamaican female," she explained.

And although she has been at sea several times, Clair said that swimming is not her strength. "I cannot swim, and even though I have done basic safety training, up to this day I cannot swim properly."

In 2011, she was offered a job as a lecturer at the CMU to teach students the critical skills needed to aid in the smooth operation and safe voyage of a vessel. "I really developed the passion (to teach) because I am teaching the next generation of sailors, so that they are fully aware of what to do," she said.

While she has not been to the sea in the last three years, the Denbigh, Clarendon, native says more persons should pursue nautical-based careers.

"I can see how students come in, and they are from very poor communities and they work hard, go to sea and they make the money and they are living their best lives. Trust me, some of them are in Dubai and it's nice to see how much you grow and change. When you go to sea, it changes you and you become stronger from being out there. I don't know, but it is unexplainable," Clair said.