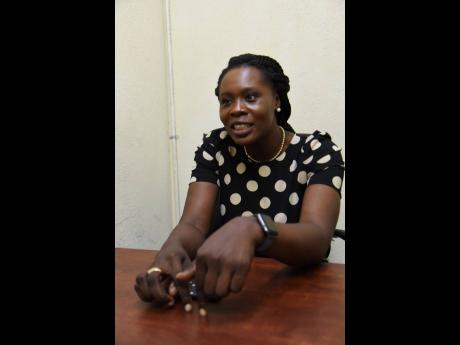 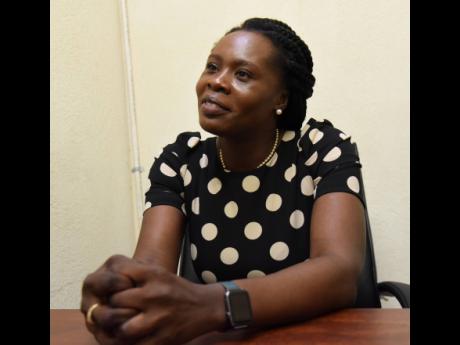 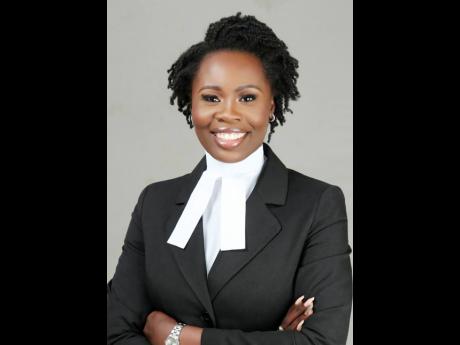 December 15, 2020 will forever be etched in the memory of Joy Carter. It was the day she was called to the Jamaican Bar, making her an attorney-at-law. The day before, her own fighting past flashed before her eyes after a baby girl was found in Coronation Market in downtown Kingston.

Carter, a former ward of the State, is not only a lawyer but she is also a detective constable. She has endured quite a tumultuous journey, and said that the discovery of the baby was a surreal experience for her. She, too, was abandoned by her mother, and was found in a car park in Mandeville, Manchester, one night in 1985, by a policeman, whom she only knows as Mr Carter. She has never met him and has been searching for him ever since.

"He heard me crying, I was a newborn baby left in an old car. He carried me to the court, but no one stepped up to claim me and he named me," she said.

The infant was placed in State care and was assigned a foster parent when she was three months old. She described her experience living in a foster home as challenging, adding "I was with an abusive foster parent, who really didn't care much if I went to school or whether I learnt or anything. I would mostly stay home and work, I really didn't get much chance to go to school, and the only chance I had to read was at Sunday school".

Carter lived with her foster parent at her Christiana, Manchester home until she was 14, when she was removed and placed at the Glenhope Place of Safety in Kingston, and later the Musgrave Girls' Home.

The detective constable said moving from her foster home to a State-care facility was the best thing that happened, as it allowed her the opportunity to meet her mentor, and her mother-figure Joan-Marie Powell.

"It wasn't the best situation for me but given where I was coming from in the country, it was way better. I got a chance to go to school and it was enough for me," Carter said.

While being a ward of the State, she was enrolled in formal education where she received seven Caribbean Secondary Education Certificate (CSEC) subjects.

At age 18, when she was expected to leave State care, Carter had no idea what she would do with herself. She was, however, clear on one thing and that was she would not be leaving to go and 'shack up' with anyone. She had dreams of becoming enlisted in the army, given her involvement as a cadet. She was also encouraged by Powell, her mentor, to seek to become a member of the Jamaica Constabulary Force. The police organisation answered her call, and in 2004 she began training, and after graduation was assigned to the Half-Way Tree circuit of courts and later, Darling Street Police Station. She also decided to get trained as a forensics crime scene investigator. But she felt the need to do more and so she started on the journey to becoming a lawyer. In 2013, she was awarded a Bachelor's of Arts in history from The University of the West Indies, Mona, and the next year she enrolled in the Faculty of Law. Carter earned her law degree in 2017, and then moved on to the Normal Manley Law School where she began reading for her legal education certificate that would allow her to practise law. It was not easy.

"Having this hectic job as a forensics crime scene investigator, I'd have to leave school in the nights, come and work straight nights and go to school in the morning. I failed my first year of law school, and that was an eye-opening experience. Just being burdened with finding fees, and my job as well as personal problems, I just felt that was the end of my journey," she related.

Carter said that she was even more devastated as she had to pay double her fees to resit the courses she failed. Each day she questioned, "How can I go back?" but her friends and ever-present mentor, Powell, pushed her to continue. She persevered and it paid off.

Now an attorney-at-law, Carter, 35, works at the Major Investigations Division as the legal officer. She is dedicating her time and efforts toward improving the calibre of investigative work being done by the police force, as well as assisting those who need legal advice. She also has plans to give back to the Child Protection and Family Services Agency, which has responsibility for wards of the State.

"I would want more persons to come on board to help in terms of assistance because I was one of the lucky ones who had a mentor who assisted me. If more children could get a one-on-one, that would bolster them to do more. And the hope too, once I am in a better place, I would want to adopt a child. I would want to meet a child in similar situation as me and just be that change," Carter said.