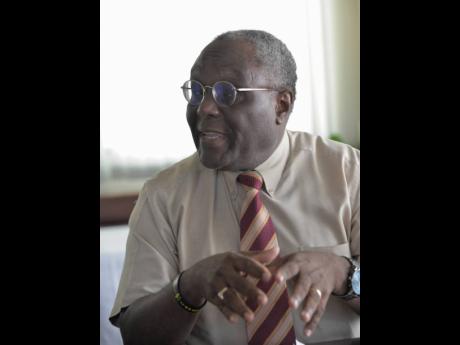 Justice Minister Delroy Chuck says the recent ruling by the Inter-American Court of Human Rights (IACHR) - that existing laws in Jamaica violate the rights of a gay people - is "not binding on a sovereign state".

Chuck, contacted by THE WEEKEND STAR for a response, said "The issue is a delicate one, which the PM has indicated should be dealt with by way of a referendum".

Among other things, the IACHR recommended that Jamaica's buggery laws be immediately repealed. Under the Offences Against the Person Act, a person convicted of buggery can be imprisoned for up to 10 years, at hard labour.

Dr Wayne West, chairman of the Jamaica Coalition for a Healthy Society (JCHS), an organisation committed to upholding Christian values, told THE WEEKEND STAR that he is not surprised by the IACHR's decision.

"The IACHR is basically a LGBT advocacy group of persons who share the same realism and anarchic world view, like other LGBT advocates. They are people who believe that one must be able to follow one's desire and every desire is permissible and that no one has a right to tell you which desire to pursue. Some of them are actually personal friends of the local LGBT community," West said. He made the comments as gay-rights groups and advocates celebrate what they consider to be a major win.

"Their ruling is reflective of the positive wave within local and regional judicial bodies as noted in Belize, Trinidad and Guyana to affirm and protect the human rights of lesbian, bisexual, gay and transgender persons in the Caribbean," JFLAG said in a media release.

Maurice Tomlinson, an LGBT activist, said that Jamaican lawmakers have been derelict in their duty to protect the rights of all persons.

He surmised that the lagging is a result of intimidation from right-winged evangelical churches, who he believes, drive fear into lawmakers not to support LGBT rights here.

West, meanwhile, said that the opinions expressed by the IACHR are "neither brilliant nor logical". Furthermore, he added that the LGBT ideology will ultimately fall apart, citing that it "makes no sense and is inconsistent in its design and purpose in the universe."