Man plans to attend own funeral 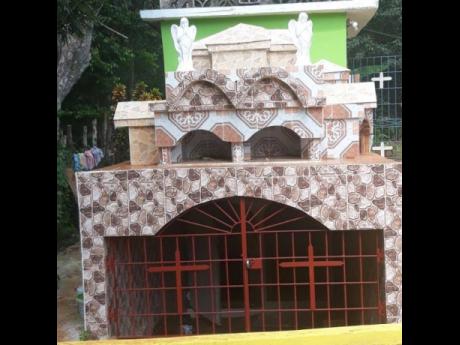 The discussion around death and making final preparations still remain uncomfortable and even taboo for some, but not for St Elizabeth resident Rupert 'Dan' Williams.

After spending little more than J$1.5 million to construct a luxurious grave for him and his wife, the 64-year-old is now preparing his funeral package which will include a funeral service and set up.

"I have built my grave, made my sepulchre and I am going to carry in my coffin and keep my set up and funeral before mi dead. Mi a go have nuff cow meat and ting and I will be there. If I die today, I want to be buried tomorrow or three days after so the parlour get time to cremate my body," he said.

Williams stated that he is yet to set an exact date for the funeral and set up, but said that his casket would be on display. However, he said that he would not be laying in it as he does not want to soil it.

"Mi cah nasty up mi casket. Mi just a put it on showcase then it go back to the funeral parlour. I'm going to discuss this with my lawyer so that nobody can change anything after I die," he said.

"This Sunday, I will be making my will also. Death is a must for all of us and I have seen too many times where people have a lot of money and when they die is people have to bury them. That is worthless behaviour. I have a $4 million insurance policy but I don't want my children to use it on me, they can take that."

He argued that it is not unusual for persons to make their graves before they pass away. He pointed to the Bible which highlights numerous stories of persons being buried in predetermined graves.

"In the olden days, persons used to make their own graves. Jesus Christ himself was buried in a borrowed grave, which meant that the grave belonged to another man. Persons should build their own grave because no one is going to fight over anybody grave when they die, but they will fight over house. I'm sure nobody is going to want the grave no matter how much money you spend to build it," he said.

Williams said his body would be cremated but he believes that he and his 'castle grave' would go down in the history books.

"A hundred years from now I want people to come by my graveside and do research and write something about me. I want it to be a tourist attraction so my children can benefit from it long after I have passed away," he said.