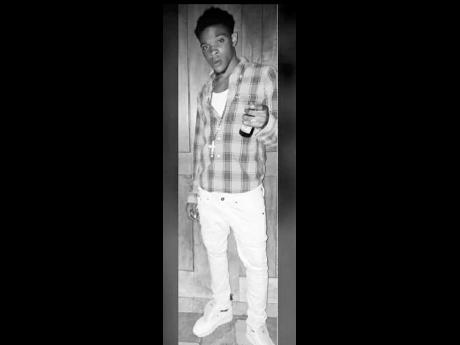 Residents of Blackgate and Woodland, near Hopewell in Hanover are yet to come to terms with the tragic death of 23-year-old Jordan Lysaith. The youngster was electrocuted while working on a construction site in the parish on Good Friday.

Reports reaching THE STAR are that shortly before midday, Lysaith and other workmen were carrying out construction work on the roof of a house in Blackgate when he came in contact with a power line. He was badly burnt, and died on the spot.

George Lysaith, the father of the now deceased, is devastated by the loss of his son.

"My son was a very good person. He was hard-working. He was always trying to get his own things," the elder Lysaith said.

"I did't see him everyday because I have to be in Montego Bay most of the time, but whenever mi do si him, most a di time him would be going to do his construction work," he added.

"My nephew lives on the same house as I do, and on Good Friday morning when I saw him leaving to go to work, I even asked him why he was going to work on that particular day. I nearly drop down when mi get di news that mi nephew get shock to death pon the house top, especially after mi warn him not to go," Charlie said.