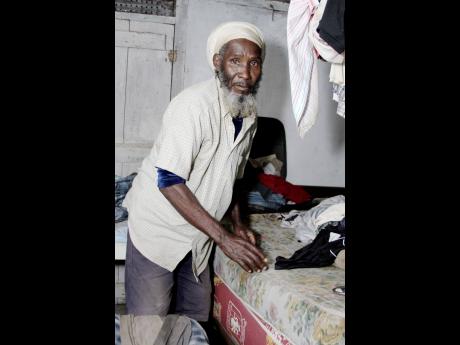 Kenneth Francis is hoping to get a comfortable place to call home. 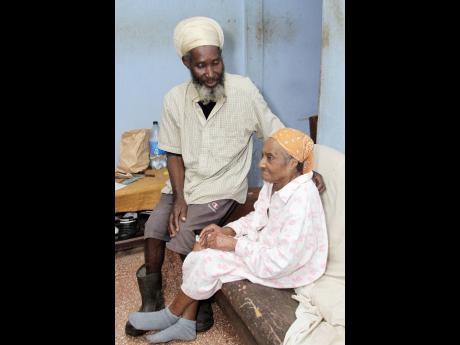 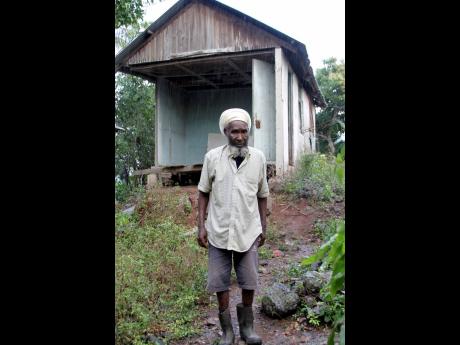 Kenneth Francis in front of the dilapidated house in which he resides.
1
2
3

Kenneth Francis of Simon in Rock River, Clarendon, will be 70 years old this year. He has fallen on hard times and is living in deplorable conditions. In his better days, he eked out a living as a farmer, planting pineapple and gungo peas. But when fire of unknown origin destroyed his crops a few years ago, his life was turned upside down.

Francis is now kotching in a house, which is falling apart. During heavy rains last year, he had to brave it out, "cringing up" in a corner of the bed as the water poured in. He is hoping help will come this year before the elements unleash its fury again.

Francis, who says he has been living in that condition for a while now, is begging for help.

"Di last time now, di side drop out, and through di side drop out, nuh door caan put pon it. Nuh weh nuh deh fi nail di door. Mi gwaan help myself inna it still," he shared with THE STAR, adding that at nights he "draws down the tarpaulin" as a way of keeping out the elements.

An asthmatic who is plagued by shortness of breath, Francis bemoans the fact that he cannot work as much as he would like, due to his medical condition.

His mother, who is blind, lives in the same yard where his house is located. Francis said that he makes it his duty to care for her, taking her to the bathroom and washing her clothes - tasks he takes pleasure in doing as, he says, even if he could get somewhere else to stay, he would not abandon her.

Harris said that he has a daughter, who is in her 20s and is said to be living in Hanover. He said that she "just get a work" and, therefore, is in no position to assist him.

Pauline Lindo, a member of the Simon Senior Citizens' Club, said she learnt of Francis' situation through Eucal Henry, president of the Community Development Committee. She said that Henry took a photo of Francis' house and shared it with club members.

"I suggested to them to let us try to see what we can do for him. We don't have the money, because we are just three years as a group," Lindo said.

She said that the club will be seeking donations -- cash and kind -- and to coordinate a workday, on Labour Day, to help to make a house for Francis.

"He is taking care of his blind mother. I don't know how he does it. I wouldn't mind getting some help for him. That house has to be condemned. Nothing can be done to it," Lindo said.

Francis, who once was a sugar worker, is living on hope and praying that this time, unlike the many promises he received which never came to fruition, someone will read his story and help him.

"Mi caan really live suh so. Dem (Simon Senior Citizens' Club) a try fi help put mi to certain smady whey can put on a likkle room fi mi ,'cause if you put anyting pon dis, it a guh drop off. A one ole house dis," he said.