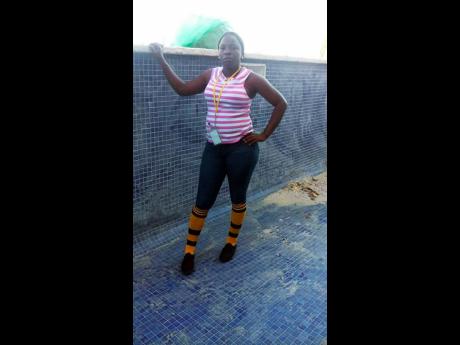 It has been six months since 35-year-old Jhanell Bailey went missing and her family members are having a hard time coping.

Sandra Smythe, Bailey's mother, said her disappearance has taken a toll on her health. "I have been so worried, my pressure is high and I just have to keep praying," a distressed Smythe told THE STAR yesterday. Bailey, 35, of Whitehall, Westmoreland, went missing on September 24 of last year. Convinced that her daughter was kidnapped, she begged her 'captors' to release her.

Jenease Blackwood, Bailey's elder sister, said her sibling had just returned from her janitorial job at a gym and ventured back on the road to purchase food.

"She have a specific person who took her to and from work, so the night when she came home she said she was hungry and was going to a nearby beach to purchase food. She called the bike man and he took her and that was the last time we saw her," she said.

Blackwood said they got concerned about two days later as they thought she may have spent a night or two at the gym where she worked, as she would so occasionally. However, checks with Bailey's employer revealed that she neither slept at the property nor turned up for work. A missing person's report was then lodged at the Negril Police Station. Although it has been little over six months since they last laid eyes on Bailey, the family remains hopeful that she will be found alive.

"Mi nah tell nuh lie, every night mi cry and every night mi dream see her. The entire family stressed out and we just a pray for the day when they will send her back home to us because we love and miss her," Blackwood said.