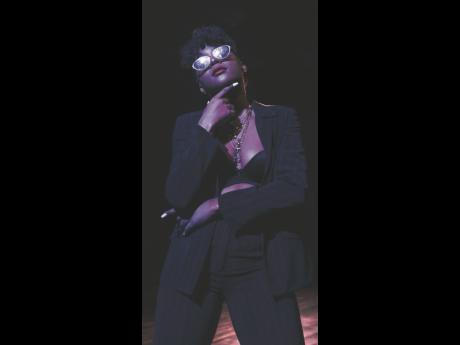 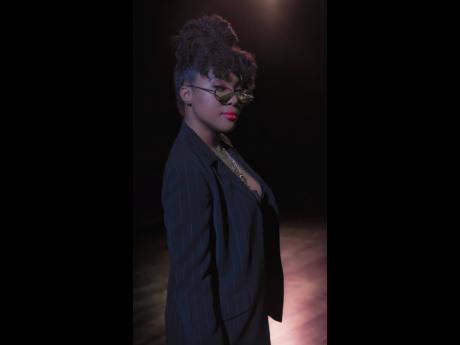 It's not every day that we see a dancer making a transition to pursue a career in music. But for Kareen McLean, it has been a long time coming.

A past member of the Ardenne Dance Troupe and L'Acadco Dance Company, McLean has taught dance at her alma mater and has choreographed for the University Dance Society at The University of the West Indies, Mona campus. These days, she is a freelance dancer who has made several appearances in shows, music videos and commercials. Additionally, she teaches modern contemporary dance at Campion College and the Tony Wilson School of Dance.

But she noted that she has been singing for almost her entire life, showing a keen interest at ages five or six. When she was seven, she joined Cathi Levy's Little People and Teen Player's clubs, as one of its youngest members. There, she excelled in every art form - singing, dancing, acting and doing choreo-sign (sign language). But it was her angelic voice that always stole the show. Effortlessly, she melted the hearts of many with her innate melody. McLean walked away from the group at age 14, shifting her focus to modern movement.

When the global pandemic struck last year, it freed up her work schedule and gave her the opportunity to explore more.

"It was a blessing in disguise," she said. "I am finally working with people who could help me get my vision across." And by 'people', she means producer Christopher Birch.

"A lot of things I thought I knew about the business, something as simple as writing, I didn't. I was holding on to comforting habits but the basic industry changes and if you don't evolve with it, it's going to change and leave you," she added.

The majority of her formal training came from her days in Levy's clubs, working with the likes of Michael Sean Harris, Godfrey Taylor and Leighton Jones. Even though all the arts were happening in one space, she was exposed to the best in the business. So who is her alter ego 'Kalyra'?

According to McLean, Kalyra is captivating and a breath of fresh air. Showcasing a musical fusion of reggae and dancehall meets R&B and pop, Kalyra believes everybody has something to offer in this world and it is now time to add her piece, through music.

"I do think I have an interesting sound. What I bring to the table is unique and there's space for everybody so let's diversify the catalogue," she said. Influenced by international powerhouses Celine Dion, Whitney Houston and Lauren Hill, and local dynamo Tanya Stephens, she hopes to start a thriving career in music.

The songwriter revealed that her favourite song to perform from her writing repertoire is Rain Come Down. The song touches on the topic of being inside with your lover and the magic that can happen while staying in.

"My writing style definitely plays on words, using puns and toying with words is my jam. English Literature was one of my favourite subjects in school. And I prefer physically writing out my song, pen to paper, in my notebook dedicated to songs," she said. So far, she enjoys performing a cover of Rihanna's hit Man Down. She also has high hopes of collaborating with recording artistes like Dexta Daps as well international sensation Tyler The Creator and the aforementioned Rihanna.

"I just want people to actually enjoy my music," she said, noting that she isn't leaving her other love behind. She plans on incorporating dance into her performance as well.