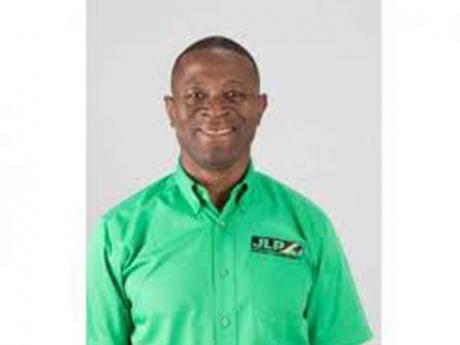 Opposition spokesperson on Justice and Gender Affairs, Senator Donna Scott Mottley, is calling on the Jamaica Constabulary Force (JCF) to immediately investigate member of parliament of Central Westmoreland, George Wright. She is also calling for his resignation.

Wright is now a party in a police probe into a case of assault. The incident was caught on video, which shows a man repeatedly hitting a woman during a confrontation.

Wright has since been named as a person of interest by the police as they probe the matter.

The police have confirmed that Westmoreland Central MP George Wright, has filed a complaint against a woman he alleged attacked him in Chester Castle in Hanover on April 6. The police say the video contradicts his report. A woman has also filed a report against him in St James. pic.twitter.com/xH6oH7qC8k

“Over the last few months, we have experienced an increase in violence against women, and numerous accounts of missing women.  This incident provides the JCF with an opportunity to demonstrate how seriously they take this issue, and that they are prioritizing the safety of our Jamaican women,” Scott-Mottley said.

She added:  “The example that George Wright has set is inconsistent with him holding this high office and it flies in the face of the national outcry against violence against women that is now pervasive. The police should proceed without fear or favour to ensure that the law takes its course and justice is served.”

Senator Scott Mottley stated that political leaders have an important role to play in stamping out the scourge of violence plaguing the nation, and must therefore be beyond reproach.

“As the people’s representatives, we must be examples of the ideal, commit to gender equality at all levels of our society, and place emphasis on peaceful conflict resolution skills training.”

Scott Mottley added that the Opposition eagerly awaits information from the authorities regarding their progress with the case, and is urging the Government to also use this incident to substantiate its intolerance of violence against women by demanding Wright’s resignation.