Luton Shelton gets Keys to the City of Kingston, posthumously 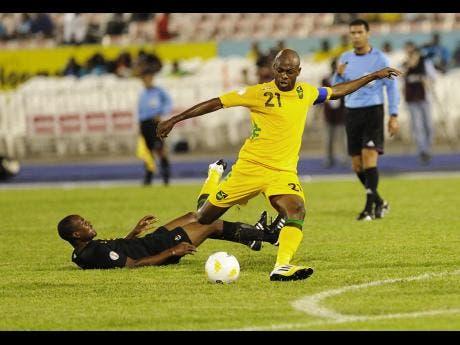 The Kingston and St. Andrew Municipal Corporation (KSAMC) on Tuesday (April 13) passed a Resolution to posthumously honour the late Jamaican international footballer, Luton Shelton with the Keys to the City of Kingston.

The Keys to the City of Kingston is the highest honour that can be bestowed by the KSAMC.

Up until the time of his death, Shelton still held the national goal scoring record of 35 goals in 75 appearances and is still the only men’s football player to score four goals in his international debut for Jamaica.

The Keys have been given in recognition of all he has done in the field of football to positively impact Jamaica.

Moving the Resolution at a sitting of the Corporation, at the Jamaica Conference Centre in downtown Kingston, Councillor for the Payne Land Division, Audrey Smith Facey, described Jamaica’s football hero as a humble individual.

“He was one who did not believe that he should be paid a higher salary than his fellow colleagues because he was a star. He believed in equal pay for equal work done. Luton actually walked away from a team because of that. Luton played to score the winning goal every time he went on that field and was, indeed, successful,” she said.

Smith Facey said the two most memorable goals for her were Jamaica versus the United States of America (USA), “the only time we ever beat the mighty USA, and the second was his final game Harbour View versus Tivoli”.

“Luton LS#21 Shelton was our King Pelé, our football legend, our number-one baller,” she said.

Councillor for the Tivoli Gardens Division, Donovan Samuels, thanked Shelton’s parents for producing someone who was a beacon and example for other members of the community of Tivoli.

“It gives me pleasure to know that Luton Shelton was not only a product of the City of Kingston but he was also a product of the community of Tivoli Gardens. As a councillor for the division, I am proud to say he represented us well and we are grateful for his life and the time he spent with us,” he said.

Shelton was the recipient of several awards during his lifetime, including the RJR Sportsman of the Year, and the Prime Minister’s Youth Award for Excellence in Sport.

Shelton, who is survived by his wife, Bobbette, and three children, passed away at age 35 on January 22, 2021.