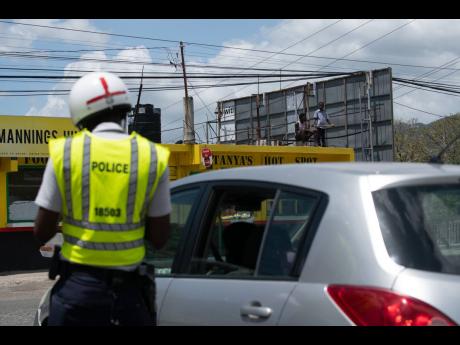 The hours of the weekend curfew will be modified starting this Saturday.

Speaking in the House of Representatives yesterday, Prime Minister Andrew Holness says that the weekend curfew, imposed as part of measures to reduce the spread of the novel coronavirus that were implemented three weeks ago, have been successful in slowing down the spread of the virus.

He noted, however, that the positivity and hospitalisation rates remain high, and, as such, the weekend curfew would continue for another three weeks until May 4, with changes.

He also informed that the curfew hours for weekdays, Mondays to Fridays, will begin at 8 p.m. and end at 5 a.m. the next morning.

"We are not going to be closing at half-day on Fridays, that no longer obtains," Holness said. The prime minister said that all the other measures remain largely unchanged until May 4, 2021.

Holness said that the existing protocols, including the requirement for all travellers to present a negative COVID-19 test, conducted within three days of travel, remain in place, so too the requirement to self-quarantine for 14 days after arrival. The United Kingdom travel ban will continue until April 30, 2021, at which point it will expire, and it is not expected to be renewed.

In addition, the travel ban for Brazil, Chile, Peru, Colombia, Argentina and Paraguay has been extended until May 4, 2021.